Three Ways to Make Your Time at the Tables More Profitable 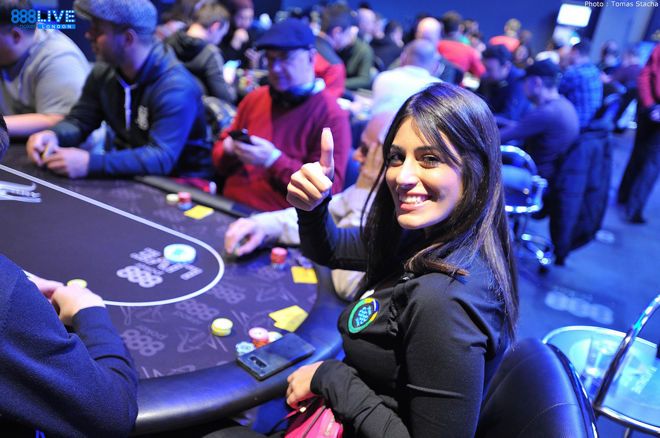 A new year has started, which is as good an occasion any to resolve to increase your energy and motivation to become a better poker player and make 2019 your best year yet!

We all know the luck factor in poker gives everyone a chance to win, at least in the short term. But those who take the game seriously also know that you can greatly increase your chance of long term success in poker by studying and working on your game.

Of course, committing to such work is easier said than done. Many fail to do so, primarily because they don't follow the three pieces of advice I'm about to present to you.

1. Study more than you actually play

I used to believe that the more I played poker, the more money I would make. As it turned out, that wasn't necessarily the case.

I used to believe that the more I played poker, the more money I would make. As it turned out, that wasn't necessarily the case.

Wouldn't it be much better if during those times when you run deep in tournaments, you were the one with the experience who knew what to do when facing those endgame situations? Wouldn't it be better if instead of sizing up the remaining field and identifying a few other players as the best ones left that you were one of the best players remaining among the field?

That would certainly optimize your chances of making a deeper run and earning one of the higher payouts — or even winning. Tournament prizes are generally very top-heavy, with the most money going to the highest positions. That makes it all the more important to study endgame situations and be prepared when they come along so as to make those opportunities more profitable to you.

You could ask a similar question of cash games. What if instead of having a win rate of 1 big blind / 100 hands you had a win rate of 5 BB / 100? Each hour you played would then be worth five times more to you, which also means you could play five times less and make the same you were making before.

Putting in the necessary study to better your results when you do play is often a better strategy than just putting in more volume. Resolve to study fundamentals and improve your game to a point where you can profit the most during the hours you actually sit down to grind.

Of course, even if you do have a solid game, that doesn't mean you won't have to study anymore. We all make mistakes. In fact, sometimes we make the same mistakes over and over again. This is called being a human.

even if you do have a solid game, that doesn't mean you won't have to study anymore.

The problem in poker is that making the same mistakes repeatedly will cost you a lot of money. While playing, resolve to make notes of any possible mistakes you have made or even moments when you have doubts about a particular decision. Then after the session is over, look over these notes and work on eliminating these missteps or moments of indecision.

Reviews will not only help you to fix your leaks, they will also help keep you sharp and focused the next time you sit down to play.

This task isn't too difficult (in theory). Whenever possible, you should be playing in games where you can find players who are lesser skilled than yourself.

In a cash game, for instance, if everyone at the table is considered a solid player and no one is making big mistakes, you're unlikely to make much money or enjoy a decent win rate. The same goes for tournament selection, where some fields are obviously tougher than others.

most poker players I know overestimate themselves while also underestimating others.

Why don't poker players practice smart table or tournament selection? Well, for one thing, most poker players I know overestimate themselves while also underestimating others. Don't have such a big ego to think no one else plays at the same level or better than you do. Recognize where you stand relative to others, and resolve to choose games accordingly.

If you follow these three pieces of advice, I'm sure you will notice huge differences in your results and this year will be your most consistent so far.

Be prepared to seize opportunities and make your time at the tables as profitable as they can be. Good luck and happy new year!

Hold'em with Holloway, Vol. 95: The Equity of Leveraging Time Extensions