Kolkowicz Back in Front as Kitai Bubbles Final table

On Day 1b of PokerStars Championship presented by Monte-Carlo Casino® €5,300 Main Event, Italian player Gianluca Speranza finished with a narrow lead atop a tightly bunched group of players as 222 of 481 runners made it through the day. Speranza's stack of 201,500 means Day 1a leader Jeff Hakim still paces the field by a wide margin.

Meanwhile, one of poker biggest superstars of a few years also put in a good performance. Patrik Antonius, who still is one of the most recognizable faces in poker, turned back the clock a bit as he ran up the chip lead by dinner break before ultimately finishing with 102,200.

Antonius, best known for his high-stakes cash exploits, also has over $6.7 million in tournament winnings but has only booked a single cash in the past three years as he moves farther and farther from the global tournament scene.

Antonius sat in during Level 4 and doubled his starting stack almost immediately with a discerning call when he and an opponent each missed flush draws. Antonius did make a pair of fives, however, and called off on the river when his opponent put him all in.

Right before dinner, Antonius made a big move up the chip counts when four players saw an ace-king-three flop for a three-bet. Antonius held ace-three for two pair, and the player who three-bet was unable to get away from ace-queen, helping the Fin go to dinner with over 300 big blinds after he faded his opponent's outs on the turn and river. 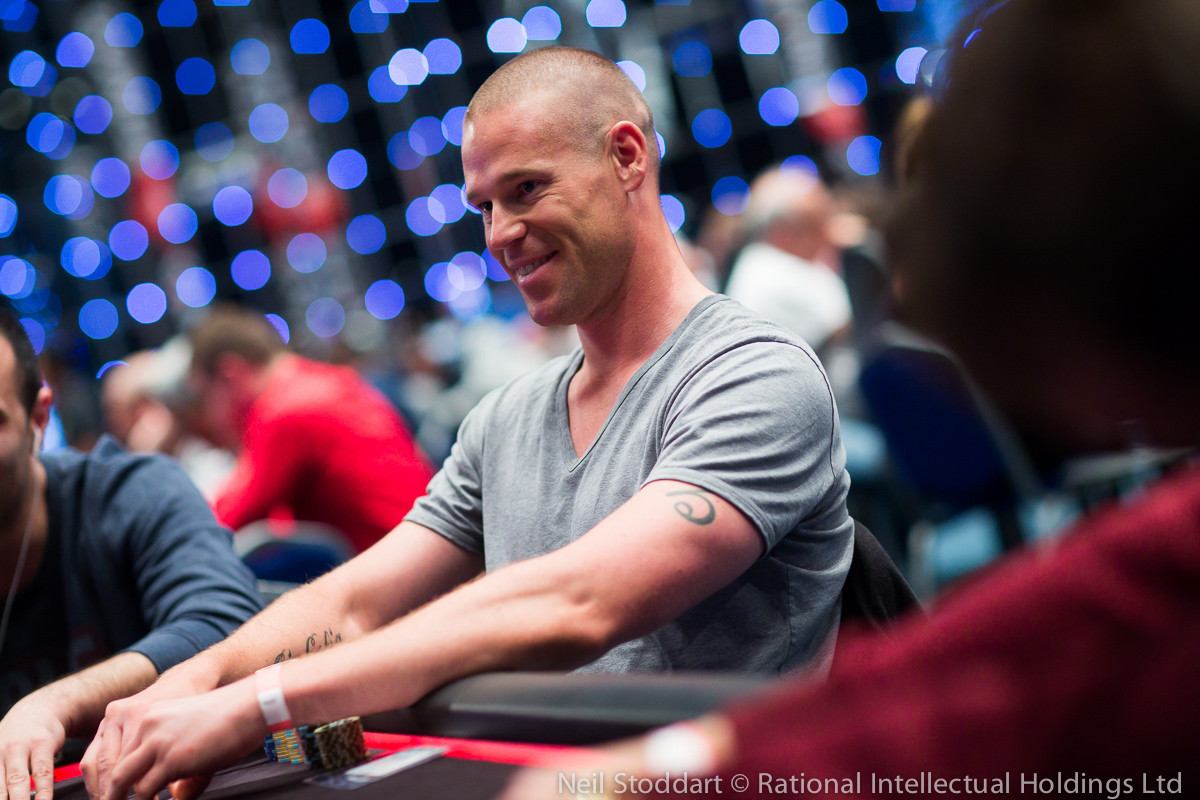 Ryan Riess' recent heater, including a WPT title in Florida, did not continue as he fizzled out after losing most of his stack to Jason Wheeler. Players joining him on the rail included Anthony Zinno, Paul Newey, Ami Barer, Ivan Luca and PokerStars Team Pro Felipe Ramos.

Day 1b's field pushed the two-flight total for the event to 716 runners, and there's still time for more to join them. Registration remains open until the noon restart, and PokerNews will pick up the coverage again then, so be sure to return for Day 2. 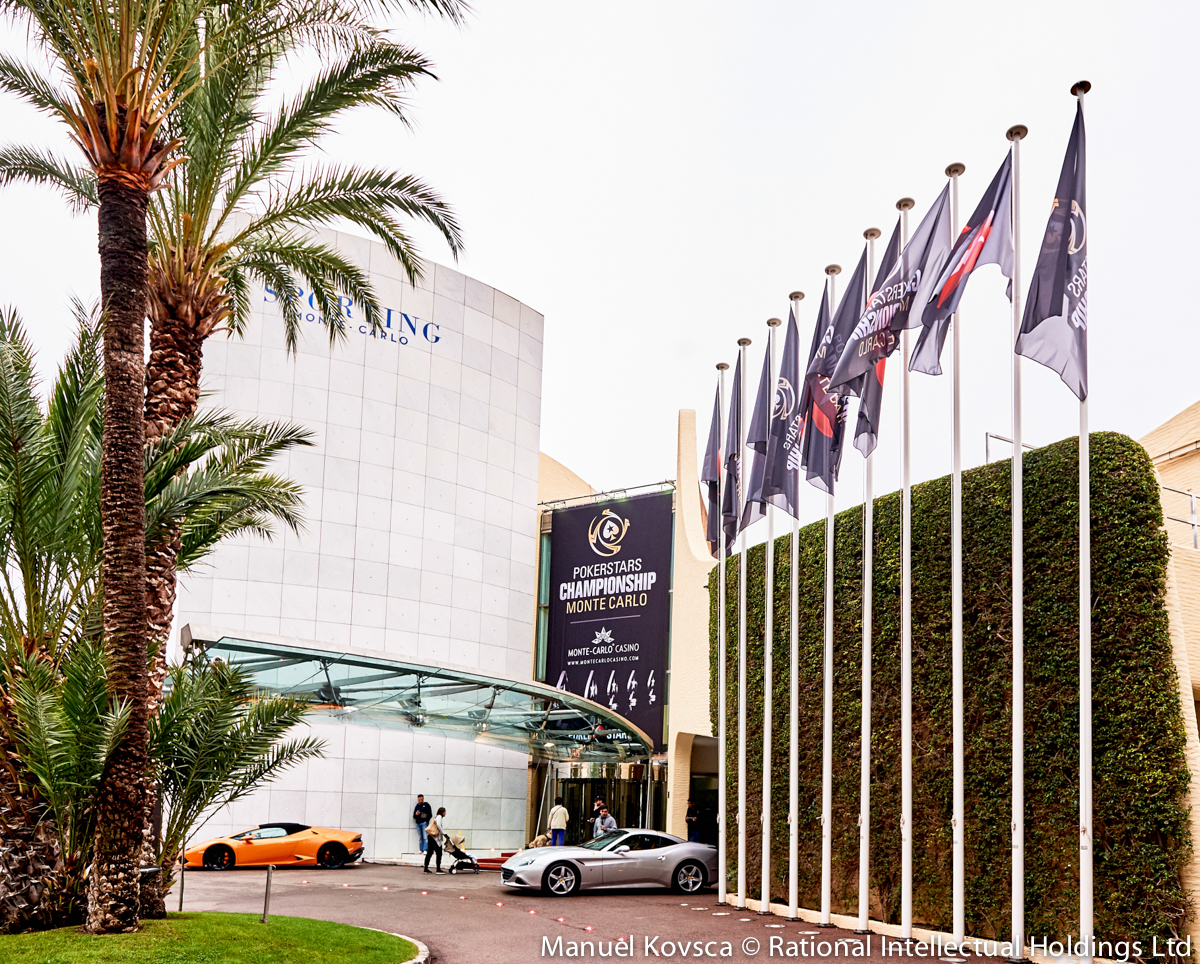 Day 1b is in the books. An extensive recap and counts will follow shortly.

The clock has been paused. The field will play three more hands together until Day 1 is in the books.

One of the most accomplished players in the field today is Maria Konnikova. Maybe not at the poker tables, but with a Harvard degree, a PhD in Psychology from Columbia University and a New York Times bestseller book, the Russian-American writer has been doing pretty well for herself. Her latest work will feature Erik Seidel and will be about her year long immersion in the world of high stakes poker.

One of those high stakes chapters played out today, as Konnikova put her skills to the test in the €5,300 PokerStars Championship Event. Her run came to a close in the last level of the day. Holding ace-nine, Konnikova got it all in preflop against pocket queens and got eliminated after the board ran out

. His opponent on the button bet 6,200, and Kurganov thought awhile before putting him all in for 16,200. That player quickly called, and Kurganov showed

for top two. His opponent said something in his native tongue and stood up, slapping

down for a set.

At another table, Daniel Negreanu three-bet to 6,800 when a player made it 2,800 under the gun. Negreanu and his foe saw the flop heads up, and they both checked

"That's a bad flop for me," Negreanu said cheerfully as he folded.

Both Kenny Hallaert and Ivan Luca weren't able to muster a comeback with their short stacks and busted in the last level of the day.

Daniel Colman bought in recently but it might be an early night for him. After a middle-position open to 2,000, Colman made it 6,000 to go in the cutoff. The small blind jammed, and action moved back to Colman. He sighed and dropped in calling chips.

Colman couldn't find an ace on the

board. He sent his opponent 22,700 and was left with peanuts.

, and a player in the small blind called him. Both checked the

river, and the small blind revealed

. Antonius could beat that: