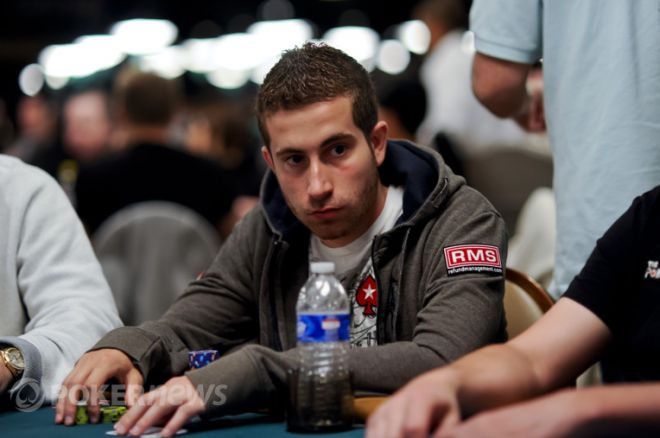 While Team PokerStars Pro Jonathan Duhamel was busy chasing his third cash at the PokerStars Caribbean Adventure on Tuesday, three of the alleged members involved in his home invasion case were given bail rulings in a Quebec courtroom. In this edition of the Nightly Turbo, we tell you which suspects were sent back to jail, why Bwin.Party had a major setback in Portugal, and more.

Viktor Blom took down his first major tournament at the PokerStars Caribbean Adventure on Saturday. The man known as "Isildur1" was among the subjects of Rich Ryan's Five Thoughts piece this week.

We all know what poker players do on the felt, but what about in "normal" life? In the latest from the Off the Felt series, we talk to Allen Bari about smashing laptops, MMA, and more.

Faraz Jaka took a commanding lead on Day 2 of the PCA Main Event. Get the details of his climb to the top in our daily recap.

Two of the suspects involved in the December robbery of Jonathan Duhamel were denied bail by a Quebec judge on Tuesday. Duhamel's ex-girlfriend, Bianca Rojas-Latraverse, and John-Stephen Clark-Lemay will remain jailed until the trial. A trial date has not yet been set.

Anthony Bourque, a third member in the alleged robbery, was released on bail Tuesday. According to Duhamel's agent, the judge explained that in the case of Rojas-Latraverse and Clark-Lemay, the risk of a second offense was large and both had really nowhere to stay that could be considered stable.

A fourth suspect, André Robert-Perron, is accused of covering up the robbery and was released from custody last month with a promise to appear in court at a later date.

The hearings stem from the break-in at Duhamel's home in which the 2010 World Series of Poker Main Event champ was tied up and severely beaten before robbers escaped with his WSOP bracelet, a Rolex watch and cash from his condo in South Shore Boucherville.

Rojas-Latraverse and Robert-Perron are facing five charges, including grand larceny, kidnapping, breaking and entering, assault and battery, and conspiracy. Clark-Lemay is charged with seven counts, while Bourque faces eight.

The Montreal Gazette has more.

Bwin.Party Digital Entertainment, the largest online gambling company in the world, has been ordered to remove all ads and sponsorship from sports competitions in Portugal because its activities were labeled illegal by a Portuguese court.

The Portuguese Professional Football League said in a statement Monday that the ruling was harmful to the national game, but it was obliged to remove all advertising that refers to Bwin, including the logo on the jerseys of all players competing in the Portuguese League Cup.

Bwin is in the middle of a three-year, €4 million deal as the title sponsor of the Portuguese League Cup competition. The company has been under fire since 2005 when the Portuguese Casino Association teamed up with national lottery operator Santa Casa to complain that Bwin's operation gave it an "unfair edge" over competitors.

For more, check out the story at PokerNews.com.

Last Friday, MGM Resorts International was granted a preliminary injunction against six "cyber squatters" that had registered poker-related websites associated with names of MGM properties between 2002 and 2005.

The ruling came a month after MGM filed a motion against four individuals and two companies, alleging they were trying to capitalize on MGM's investment in each property. Attorneys for MGM Resorts requested a temporary restraining order against the defendants that would block them from using the domain names.

The event is open to the public and will feature a celebrity charity poker tournament, live and silent auctions, autograph sessions with photo opportunities and raffle prizes. The buy-in for the tournament is $220 with $100 rebuys.

Last April, high-stakes online cash player Di "Urindanger" Dang had his profession taken away by the U.S. Department of Justice. However, while most online pros in the U.S. were blindsided by the news, Dang didn't seem fazed. He told Kristy Arnett that he was planning to venture into "bigger and better things," such as opening a restaurant near his home in Fairfax Station, Virginia.

It appears those plans have come to fruition. Dang is set to open a Cajun-style crawfish joint called Chasin' Tails in Arlington, Va. The restaurant is currently under construction, according to recent pictures posted on the Chasin' Tails Facebook page, which also has a description of the new restaurant: "Our concept is centered around fun, friends, family and food. Utensils are discouraged. Getting hands on is encouraged. Crawfish are our mainstay, but we offer a good variety of seafood including shrimp, oysters, crab, and fish. Feel free to drop by anytime for to watch a game, enjoy good food and a few drinks!"

Win an Aussie Millions Package at The Bike

The Aussie Millions Poker Championship gets under way in Melbourne this week, but it's not too late to win a Main Event package if you're in the Los Angeles area. The Bicycle Casino and the World Series of Poker have guaranteed at least one $16,000 tournament package in a $1,070 buy-in Aussie Millions satellite on Wednesday, Jan. 11 at 6 p.m. PST.

The package includes a $10,600 Main Event entry plus travel expenses (valued at $2,550) and accommodations at Crown Casino (valued at $2,850). Wednesday's satellite winner(s) will play the Aussie Millions Main Event on Jan. 24, which is the third flight of the Day 1s.

More information can be found at the Bicycle Casino website.

Team PokerStars member Ana Marquez and boyfriend Brynn Kenney are in the beautiful Bahamas for the PokerStars Caribbean Adventure. Sarah Grant caught up with the poker couple in the latest edition of the WAG Diaries.