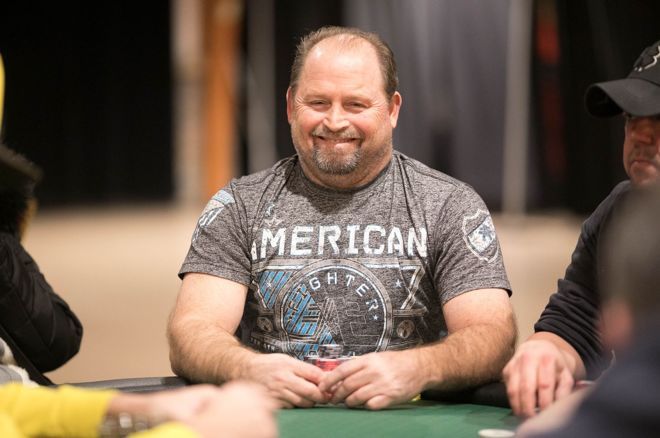 After a rollercoaster ride of ups and downs, Craig Dick managed to recover from a series of losses to bag the most chips (309,000) at the end of the RunGood Poker Series (RGPS) Downstream Main Event Day 1a flight, which drew 83 entrants.

Second in chips among the advancing 12 players is William McCracken, who came on strong in the last few levels to bag 265,500, while Shannon Scott amassed most of his stack by Level 8 and simply held onto them through the end of play.

Marne fell in the penultimate level of the night when Lowery opened the pot for 5,000 and Marne moved all in for around 16,000 next-to-act. Everyone else folded and Lowery called.

"That's about the best I could ask for with this hand," Marne said after seeing that he has two overcards to Lowery's pocket pair. Unfortunately for him, the board ran out

and Marne hit the rail.9

Day 1b kicks off at Noon Saturday with Day 1c scheduled for 7 p.m. Saturday evening. The twelve Day 1a survivors will join the remaining players from the other two flights for Day 2 at Noon on Sunday to play down to a champion.

You can follow updates from the RGPS Downstream, and all Main Events during the Showbound season, right here on PokerNews. From early action to final table bustouts, will bring you all the highlights on the way to crowning a champion.