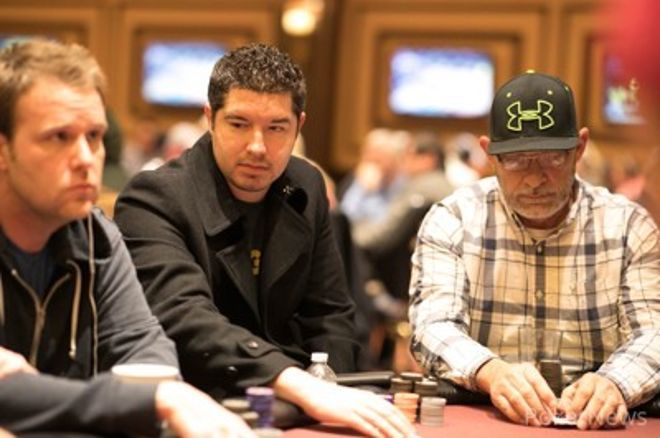 On Saturday, the final two flights on the 2019 RunGood Poker Series Council Bluffs Main Event played out. Day 1b attracted 152 entrants while the Day 1c flight drew 130 runners to bring the total field up to 399 entries.

Accomplished poker pro Blair Hinkle bagged the lead on 1b with 243,500. That was thanks in part to a 100,000 pot where he flopped top two against a flush draw. Early in the day, Hinkle changed tables with about 12,000 and hit two sets in a row to build up to 60,000 and never looked back.

On Sunday, 89 players will return to action to play down to a winner, who will take home a $44,767 first-place prize. The top 45 will get paid a minimum of $920. Additionally, all players who make the final table will win a spot at the end of season Showbound satellite where they will play for a chance to win one of two spots on Poker After Dark. The winners of the satellite will receive an entry to a $5,000 sit and go along with travel and accommodation in Las Vegas.

PokerNews will be live reporting the entirety of Day 2, so be sure to check out the blog starting at Noon local time.