Inside Gaming: Sports Betting Up Big in Pennsylvania, New Jersey 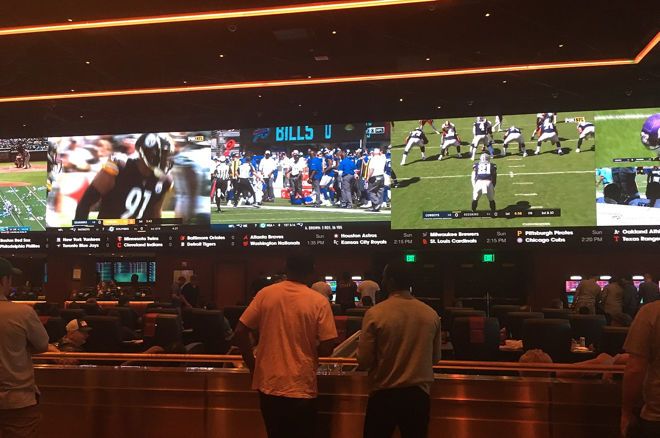 Over the last several months we've shared updates in this space regarding the FOX Bet online sports betting site and mobile app.

Back in May we told you about the initial partnership formed between FOX Sports and The Stars Group to launch FOX Bet in order to capture the burgeoning U.S. market of sports bettors. (Since then has come the mega-merger of TSG with Ireland-based Flutter Entertainment.)

Then in early September — and in time for the start of the National Football League season — FOX Bet launched first in New Jersey, then a few days later in Pennsylvania (more on that below).

This week comes more news regarding FOX Bet. With the World Series (of baseball, not poker) just days away, FOX Bet announced on Tuesday another multi-year deal with Major League Baseball making the mobile sports betting product "an Authorized Gaming Operator" for the MLB in the U.S.

According to the press release, the agreement enables FOX Bet "to use MLB's official data feed and League marks" in both its FOX Bet real-money wagering app and its free-to-play FOX Sports Super 6 app.

"Having a partnership with MLB enables us to... provid[e] a better experience for our customers and comes just in time as the League Championship Series and the World Series kick into high gear," said Robin Chhabra, CEO of FOX Bet.

Kenny Gersh, MLB Executive Vice President, was similarly buoyant in his remarks about the partnership. "Adding The Stars Group and FOX Bet to our authorized gaming operator program continues our vision for ensuring we are serving fans with opportunity and choice," said Gersh. "Our official data feed, including real time and reliable game statistics, and league marks will enable The Stars Group to build unique and engaging gaming products around our sport."

FOX Bet thus becomes Major League Baseball's fourth Authorized Gaming Operator. In November 2018 MLB formed a partnership with MGM Resorts, then did the same with DraftKings in July and FanDuel in August.

Sports Betting on the Rise in Pennsylvania

Circling back for a moment to Pennsylvania, yesterday the Pennsylvania Gaming Control Board released its monthly report to show sports betting was up big in September with just over $194.5 million in bets placed (the "handle") and a little over $14.9 million earned in revenue.

That marked a second-straight month of significant sports betting growth for the Keystone State. In July the handle was $59.3 million in Pennsylvania, and in August just over $109 million. Meanwhile revenue was a little over $5 million in July, and almost $9.9 million in August.

Of note, as we've seen in other states, the great majority of sports betting in Pennsylvania is happening online. In September $158.1 million in bets were placed online, more than 81%. Close to $9.27 million of the win came via online as well, or about 62% of the revenue.

As Legal Sports Report points out, FanDuel is the state's clear leader in the online sports betting space, with the FanDuel Sportsbook PA app responsible for more than $89 million of the handle and $5.1 million of the revenue.

On the other hand, FOX Bet is off to a slow start in PA, taking a little less than $4.9 million in bets in September and realizing just over $231K in revenue.

The New Jersey numbers for September are in as well, as the New Jersey Division of Gaming Enforcement shared monthly revenue information from the nine Atlantic City casinos this week. There, too, sports betting is one of the main stories.

Sports wagering gross revenue in NJ was nearly $37.9 million in September, a big 59.3% increase over the almost $23.8 million in September 2018. In other words, while the start of football season has certainly helped, the year-over-year comparison suggests other factors are helping to grow sports betting in the state.

That total also represents a new monthly record for NJ, eclipsing the previous high of just over $31.6 million in revenue back in March.

As in Pennsylvania (and elsewhere), online is where it's at when it comes to sports betting in New Jersey, with more than $29.4 million of the win (77.6%) coming via online betting.

The handle was up big as well with about $445.5 million bet on sports in the state during the month with nearly 84% of the action coming via online. Compare that to a handle of $183.9 million in September 2018.

While NJ enjoyed much greater revenue from sports betting than PA during the month, Pennsylvania earned more in tax revenue — close to $5.36 million (thanks to a 36% tax rate on gross revenue) compared to NJ's $4.54 million in tax revenue (based on a 13% rate).