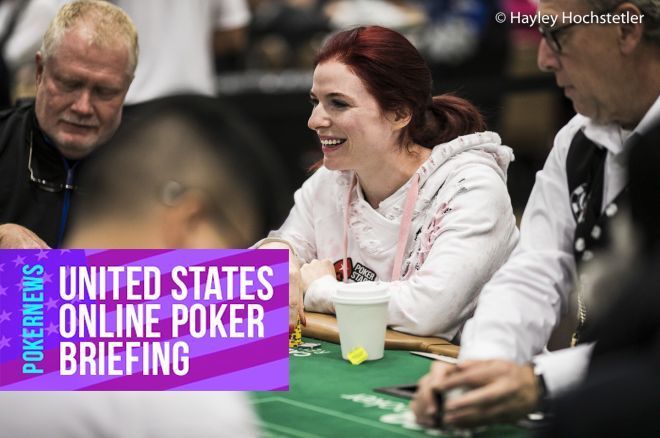 It was a big Sunday for poker players at American-regulated online poker networks with the Spring Poker Open Online Series concluding on the partypoker US network and the NJSCOOP and PASCOOP at PokerStars along with the Spring Online Championships at WSOP.com also providing big action.

It was only fitting that one of the most successful online poker players in the Garden State in David "TheKing411" Coleman shipped the event for $28,805.

The Spring Poker Open #1 PHASED - $100,000 GTD NLH completed its second and final day on Sunday. The opening flights attracted 633 entrants but this was whittled down to 162 players to start Day 2 with 54 players guaranteed at least a min-cash worth $570.

The PokerStars NJ Sunday Special increased its guarantee from $40,000 to $45,000 thanks to the NJSCOOP coming to town.

Meanwhile, Brian "s3lfreliance" Wood continued his final table streak in this event appearing for a third straight time with a ninth-place finish worth $1,111. Wood shipped this event two weeks ago for $10,194 and took fourth place for $4,511 three weeks ago.

PokerStars NJ is hosting the NJSCOOP, featuring more than $1.2 million in guarantees across 96 events on April 11-27.

The PASCOOP 2020 kicked off its second week of action this past weekend.

The festival features 50 action-packed tournaments with more than $2 million in guaranteed prizes broken out into low and high tournaments from April 4-20.

Shahade gave something for her fans to root for as she streamed the victory for her first big poker stream.

The Spring Online Championships features 100 big events with more than $4 million in guaranteed prizes from April 1 to May 3.

However, after nine hours of play, it was Pierce "victoria53" McKellar with all of the chips and was able to collect the biggest prize at American-regulated online poker networks on Sunday of $37,755.