Adjusting Your Strategy For Turbo and Hyper-Turbo Tournaments 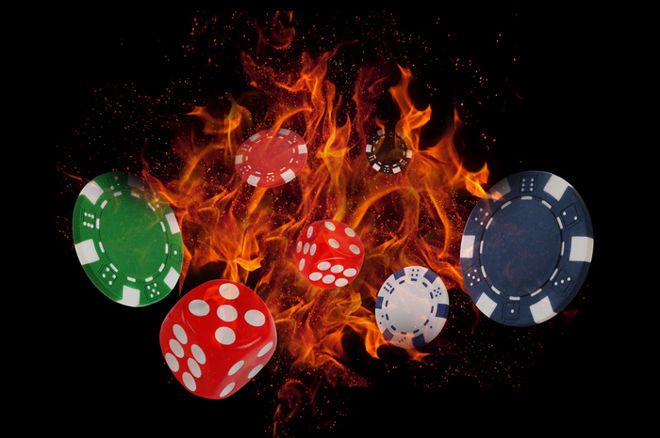 Tournament poker is exciting enough thanks to the ever-increasing blinds and antes, and the fact the playing field is gradually being decreased to one single winner. Turbo and hyper-turbo tournaments enhance this excitement by rapidly increasing the blinds and antes.

A typical standard online tournament blind structure increases every 10-20 minutes. The actual speed depends on a number of factors including the tournament’s buy-in.

Turbo blind structures tend to increase every five or so minutes, with hyper-turbos being even crazier, raising the blinds every three-minutes or so.

These faster-paced structures suit recreational players down to the ground for a number of reasons. First, they don’t take as long from start to completion. Second, they level the playing field somewhat because Lady Luck has a more prominent role to play in what happens.

All tournaments are, on the surface, the same beast. Everyone starts with the same number of chips, the same percentage of the field is paid out, and the big money is usually reserved for the top three finishers. There are, however, several key differences in the strategy you need to employ to be successful in turbo and hyper-turbo tournaments. You can’t simply approach them in the same way as you would an MTT with a standard blind structure.

Tight Is Right at the Beginning

The early levels of any tournament are almost identical. You’ll start with a healthy stack, usually 100-250 big blinds. This means you shouldn’t be going out of your way to pick up every possible pot. Adding 75 chips to a 5,000 stack just isn’t really worth it in the long run.

Ever heard of the saying tight is right? This is true in tournament poker where conserving chips at the start of the event is more important than accumulating them. By all means be super aggressive with your strong, made hands, but try to create a tighter image because it will come in handy later on when we start getting all-in happy!

Be aware that mistakes in faster paced tournaments are compounded and what seems like a small error can end up costing you your tournament life. Your always only going to be a few minutes away from a jump in the cost per round, so slipping up and losing 10-20% of your stack may not seem much right now, but you could find yourself short stack within a matter of minutes.

Always keep a eye on your stack size and those of your opponents. You should be doing this anyway but it’s crucial in turbos and hyper-turbos. It’s extremely easy to think you’re cruising along only for the blinds to go up and you drop below 20 big blinds. This is a tricky stack size to play and many players approach it the wrong way by still calling three-bets and making continuation bets with hands they can’t call a shove with.

Watch for which opponents have failed to adjust to their more difficult stack sizes and take advantage of them.

The Middle Stages Come Around Much Faster

Be aware that the middle stages of the tournament come around far more quickly than in a standard structured tournament. Be prepared to start stealing more from late position and with a wider range of hands than usual to keep your head above water. A lot of turbo players continue to play too tight for too long and find themselves in the unwanted position of being in push-or-fold mode far too early,

Test your strategy at one of these sites

Speaking of which, you need to master the art of short stacked poker because you’ll be playing a lot of the tournament like this! There are dozens of apps and “cheat sheets” out there that show optimal pushing and calling ranges. Memorise them. Commit them to memory, or have them on notes stuck to your monitor.

Most lesser skilled turbo players push and call too tightly. You’ll be surprised at how wide some stack sizes dictate you should be committing your stack with.

Finally, not really a strategy adjustment but be prepared for a much lower Return on Investment (ROI) when you play turbo and hyper-turbo tournaments. Your hourly rate will likely be higher but your money won per tournament much less because luck plays a larger role than your typical tournament.