Four Holes You Can Mend to Improve Your Poker Game 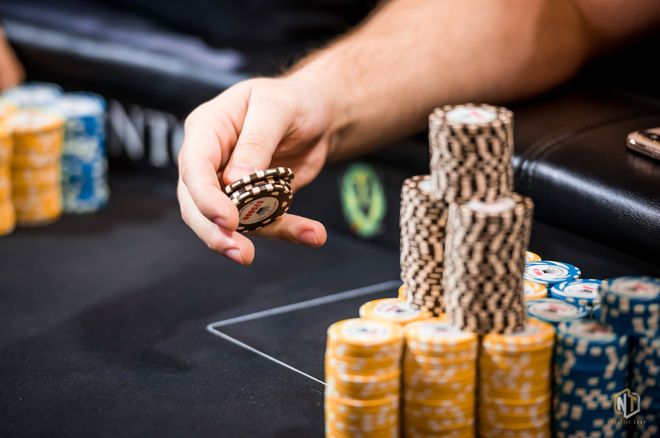 Many otherwise good players are hurting their games with behaviors and practices at the table that diminish their potential winnings. Here are the four detrimental habits that I think are the most common, and most egregious. I've also supplied some simple steps for the interested player to take to fix these holes.

Not all games are equally profitable. Yet otherwise good players frequently take the first seat that is offered to them, and then stay there without looking around for greener pastures. Good players cost themselves money by playing against other good players, or against players who are nitty and/or have short stacks, and neglect opportunities to play against poor, mediocre, deep-pocketed players who are close at hand.

The problem is that some games are just not going to be as profitable as other games. That table with short stacks all around and a bunch of nits? Avoid it. That table with the four toughest players in the room? Why subject yourself to it?

Think about them while you are playing as well, if your situation isn't ideal. You must be willing to move to a better table when a seat opens up, so put your name on the table change list, and don't be afraid to move. There's no prize for making the most of a bad situation.

2. Failing to pay attention to your opponents

Many players who generally know what they're doing at the table fail to take full advantage of the game when they don't focus enough on the players they're competing against. They fall into habitual and automatic action, acting based on their cards and their position and without appropriately adjusting to fit their specific opponents. In so doing, they miss opportunities for profitable action.

There are many things you will pick up about the play of others if you pay attention. But you have to pay attention. If you don't, you are seriously undermining your best game.

For example, some players routinely broadcast whether they are going to fold preflop. They pick up their cards early, ready to discard them when the action gets to them. They look to their right for this purpose as well.

There are other things to notice, too. Some players routinely stare at the flop when they miss, and look quickly away when they hit. Others feign indifference if they are going to bet a strong hand. Some will always grab chips when they are weak. Some players practically play their cards face-up, always betting and raising with their strongest hands, never slow playing, and consistently folding anything that isn't a premium holding.

None of these things will be apparent if you mindlessly focus on your own hand, or space out, or daydream, or play a game on your phone. That isn't to say that you can't occasionally let your mind wander. But if you make a habit of it — if it is the rule rather than the exception — then you are costing yourself money. Simple as that.

3. Being too passive preflop

It's probably wrong to adopt a practice of always either folding or raising preflop. But it's not far from wrong. Yet many players — mostly low-limit hold'em players, from what I've observed — routinely call the big blind preflop. They will raise perhaps with extremely strong hands like premium pairs and maybe ace-king. But with just about everything else, including junk hands, they call an unraised big blind. This is a major hole in their game.

It's true that highly-skilled players can profitably play a very broad range preflop, especially from late position, when most of the other players in the game call. You certainly want to consider the implied odds you are being given in a very passive game, and how they can allow you to play more hands preflop in a no-limit game than in a limit game.

But even so, for the most part, many players are costing themselves a lot of money by routinely throwing in the $2 or the $5 just because they see a lot of other people doing so. They'd be much better off, most of the time, if they narrowed their starting ranges, and then raised 3x the big blind (or so) and grabbed the button on future streets.

There are players who only play the narrowest range preflop, and who only bet or raise with the nuts or a draw to the nuts. If you pay attention even a little bit, you will be able to spot them. Just about every room has at least a few. In fact, all but the absolute worst players usually know who these nits are.

But many players seem to forget this when they play against them, calling either in the hope of getting lucky and drawing a monster that will beat the nit, or calling them down with what looks like a strong hand in terms of absolute value, but is almost surely second best in terms of relative value — i.e., when played against a guy who only plays the very strongest cards.

Don't feed the nit. Give him no action. Let him have the pot when he bets. If he bluffs once every 1,000 hands, let him crow about it — but without your money. You will not give him action no matter how strong you are. It's just not worth it in the long run. Repeat after me. "Don't feed the nit!"

Fixing these holes is no guarantee that you'll end up with a profit. But doing so will certainly move you in the right direction.