Think Before You Deal: Making Deals in Cash Games and Tournaments 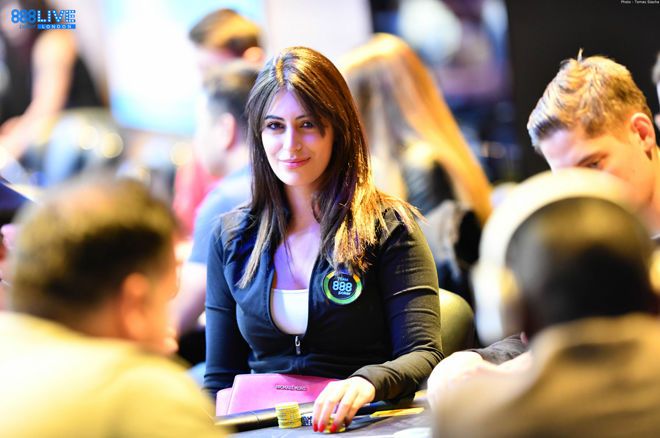 Whoever makes better decisions in poker will have more success than the average player. That includes making smart decisions when playing hands, such as being able to lay down a good holding when the situation suggests doing so. That also includes being smart about bankroll management, as well being willing work on and improve your mental game.

Making good choices when deal-making is also part of being a better than average poker player. I'm referring both to deals in tournaments as well as deals made in cash games, such as when being offered an opportunity to "run it twice" (or more) in an all-in situation.

When it comes to making deals, it is very important to have a good notion of what the more advantageous choice is in each situation in order to make the most profitable decision.

As I mentioned, the most common deal you will see at a cash game table comes in those all-in situations when a player proposes to run it twice (or even three or more times). That can happen when players go all in preflop and someone suggests running the whole board multiple times, or after the flop when someone suggests running the turn and river more than once, or just the river more than once.

When players do run it twice (the most common option), the board will be completed two times and the pot awarded according to how the runouts go. Thus if one player wins both runouts, that player wins the whole pot, and if each player wins one of the two runouts, they split the pot. If players run it three times, each runout determines who wins one-third of the pot, and so on.

The good news is that mathematically speaking, the equity of your hand remains the same if you only run it once or multiple times. Now, you must be wondering — why would I do it? After all, especially in live games, such deals can considerably slow down the game, given how the dealer has to spend more time counting and dividing pots when it is run multiple times. Playing fewer hands is also bad for you if the rake is being charged hourly.

Another potential reason to refuse this type of deal is that losing hands (in particular big all-ins) causes some players to become tilted and play worse afterwards. In that case, increasing variance and the chance of such players to become stuck might be a profitable strategy.

In any case, be aware of the reasons for and against making deals to run it multiple times in cash games, and weigh the relevant factors before making the best choice for you.

Making deals in tournaments is a more complicated subject about which there are many competing opinions. I'll briefly discuss two types of deal-making in tournaments — "swapping" with other players and final-table deals.

Swapping refers to players exchanging percentages of each other's winnings (should they cash). It means offering a certain percentage of what you win in exchange for the same percentage of what the other player wins. When you swap you still have 100 percent of the investment, but in a diluted way, which can have the effect of reducing your variance which is sometimes extremely high when playing tournaments.

Normally it is advantageous to swap percentages with players whom you consider to be as good or better than you.

Tournaments in general have a top-heavy payout structure, with most of the significant money concentrated to the top positions. For this reason, it is extremely common for players to make deals upon reaching the final table. Many times, players will decide for a "chop," often choosing to do so according to ICM (the independent chip model) or as a "chip chop."

The ICM (independent chip model) converts the players' chip stacks into their money equity of the prize pool by considering each players' chances of finishing in each of the remaining positions. For this reason, if you are the short stack you should be always looking for this type of deal.

Meanwhile if you are the chip leader, it is advantageous to try to negotiate a different type of deal, such as a "chip chop." The chip chop doesn't take into consideration the chances of shorter stacks building back up and finishing higher than their current positions, instead dividing the remaining prize pool according to the current stack sizes.

To take an extreme example, if you have 80 percent of the chips in play, with a chip chop you would receive 80 percent of the remaining pot after subtracting the minimum payout, which all remaining players have secured. In rare cases, it has happened that after a chip chop the tournament winner took home even more than the scheduled first-place prize thanks to having an enormous chip lead at the time of the deal.

After such a deal is made, the tournament might end right there or it might continue onward in order to play for some money set aside and/or a trophy.

For more about deal-making, see Duncan Palamourdas's recent articles explaining the different types of deals and the pros and cons of each:

Always remember to consider all factors before proposing or accepting a deal.

Think about whether or not making a deal might create a better, more advantageous environment for you in a cash game going forward. Think also about how such deals might reduce your variance, which might be desirable for you. From my experience, being on a downswing can make people very stressed and affect the way they play, so taking a less variance approach might protect you from busting your bankroll. Think as well about whether swapping or making final-table deals in tournaments might bring you more profit.

In any case, try to be as thoughtful about making deals as you are when making decisions in hands where you also (hopefully) take into account all the relevant information before choosing what to do.

Three Ways to Make Your Time at the Tables More Profitable