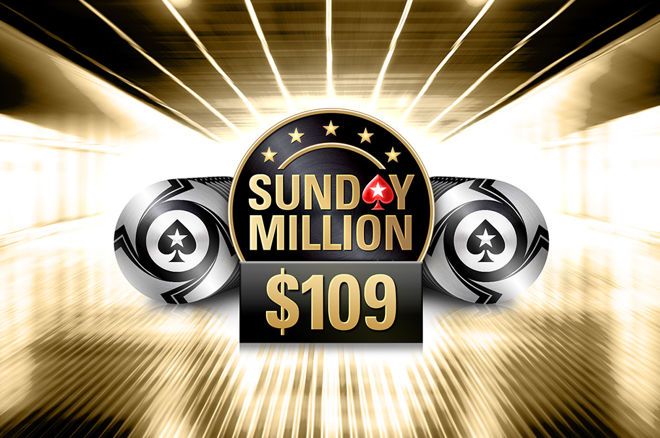 Yesterday, "PokerDave476" from the United Kingdom and Canadian poker streamer Parker “tonkaaaa” Talbot chopped the PokerStars Sunday Million. It might well be the last time the illustrious online poker tournament was played with a buy-in of $215, as PokerStars has announced the tournament will feature a buy-in of $109 going forward.

Announced on the PokerStars Blog, the world's biggest online poker room made it known that all other features of the tournament remain the same. The starting time remains 6 PM (UTC), with late registration open for three hours and fifteen minutes. Blind levels remain 12 minutes long for the first ten levels, with 15-minute levels after. The starting stack stays 10,000 with a first blind level of 25/50 with a 5-ante.

PokerStars has announced that the Sunday Million will feature a buy-in of $109 going forward.

According to the PokerStars Blog, the change has been made with the players in mind:

"We want to open online poker's flagship event to more and more players. The lower buy-in will do that, while ensuring the "Milly" remains the Sunday Major every player wants to win."

The Sunday Million has featured a reduced prize point more than once. Those instances, though, were always a one-off. This is the first time the buy-in has been cut in half permanently.

The Stars Groups owns a majority shareholding in iBus Media.