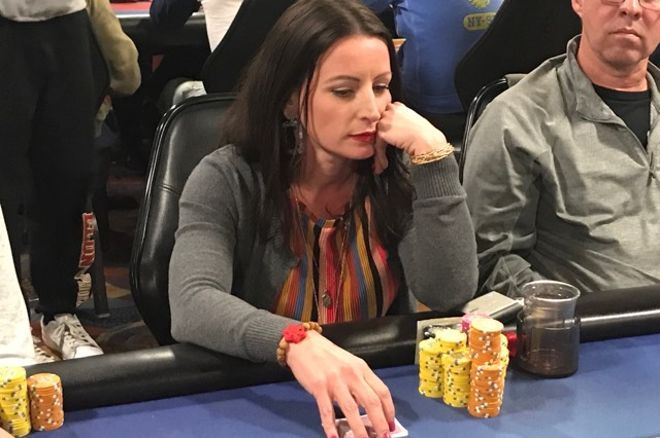 Two more flights in the 2019 Ante Up Poker Tour Tampa Bay Downs $250 Main Event played out on Friday. Day 1b and 1c attracted 86 and 87 runners respectively, which along with 1a’s 89 entrants brought the total field up to 262 entries with two flights still to go.

The day started off a bit shaky for Brown as his pocket aces were cracked twice and pocket kings even lost as well in the early going. However, he managed to hold on to some chips and found some crucial spots for double ups and even tripled up once. It was a strong push near the end where he eliminated Aaron Thivyanathan to take over the chip lead.

Two more flights will take place on Saturday with 1d at 1 p.m. local time and 1e, the final flight, at 6 p.m. The surviving players from each flight will then return at 1 p.m. on Sunday to play down to a winner.

PokerNews continues its coverage straight from the tournament floor of the Silks Poker Room at Tampa Bay Downs in our live blog.