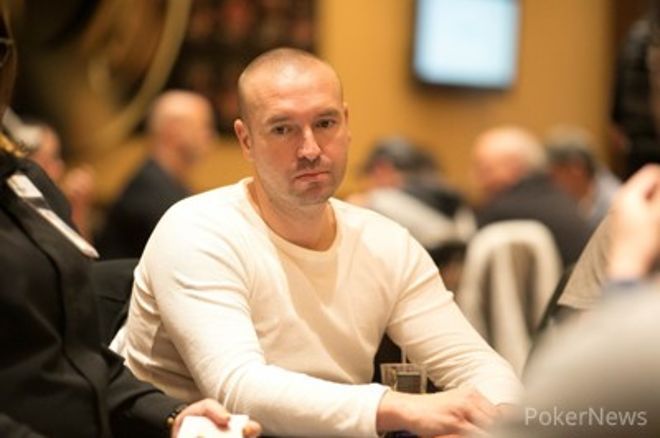 Jovan Sudar ended Day 1a of the $575 buy-in $100,000 GTD Run Good Poker Series Council Bluffs Main Event with a massive chip lead. Sudar leads a field of 21 other players, including brothers Mason Hinkle (43,000) and Grant Hinkle (54,000). The 22 players survived from a field of 117 entrants. It was the first of three flights and Day 1b starts Saturday at Noon local time.

Sudar took the chip lead when he opened with aces and two players shoved behind him, one holding deuces and the other queens. Sudar flopped top set and held to take down a huge pot and eliminate Chris "Pug" Juul.

Vanier jumped out to an early lead and Queen bagged a big stack thanks to a three-way all in where he eliminated two players with ace-king. That hand took place in Level 11 (1,000/2,000/2,000) when Sarah Zeluf shoved from middle position for 20,500 and Queen was in the small blind and called.

The player in the big blind took a moment then shoved all in for roughly about 90,000 and Queen snap called with

, and Queen clapped his hands as the river fell giving him the pot. Zeluf and the big blind were both eliminated.

The 22 remaining players will join the survivors or the Day 1b and Day 1c flights on Sunday at noon.