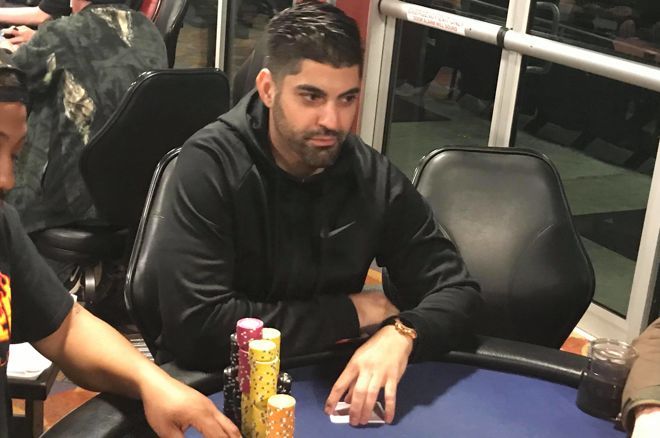 On Saturday, the final two flights in the 2019 Ante Up Poker Tour Tampa Bay Downs $250 Main Event played out. Days 1d and 1e attracted 109 and 72 entries respectively, which along with the three earlier flights brought the total up to 443 entries.

Landon earned most of his chips by picking off a bluff from Ab Bouanani and then eliminating Ray Lambert. Whereas Benjamin took control through the middle portion of the day, completely running over his table with pot after pot. In what may have been the largest pot of the day, Benjamin flopped a set of sevens against Bob Boyer's ace-king on a king-high board.

The surviving players 79 from all flights will return at 1 p.m. on Sunday to play down to a winner. The PokerNews Live Reporting Team will be on hand at the Silks Poker Room capturing all the action, so be sure to check the live updates page then.