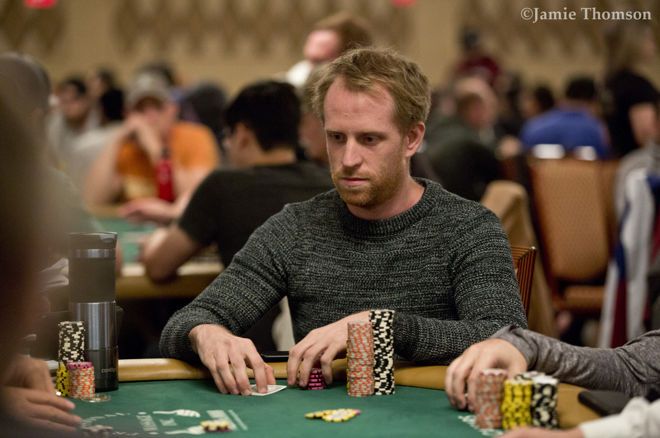 While the poker world mourns the passing of Mike Sexton, the WSOP Online over at GGPoker awarded some of the most coveted bracelets over the weekend. Bulgaria's Stoyan Madanzhiev won nearly $4M in the Main Event, German legend Fedor Holz captured his second bracelet, and Iranian spokeswoman and magician Melika Razavi achieving the biggest win of her poker career.

That wasn't all as more WSOP gold was awarded to Belgian powerhouse Michael "Hneves" Gathy joined the ranks of Eli Elezra, Bobby Baldwin, and Amarillo Slim as a four-time WSOP bracelet winner. Gathy defeated a field of over 4,000 runners in Event #85: $500 The Closer to win $272,500 and the coveted bracelet.

In Event #84: $100 WSOP MILLION$, Alexander "Kobbajun" Kobbeltvedt outlasted a gigantic field of 34,787 players to parlay his $100 investment into a massive payday of $296,403 and his first bracelet. Read about both wins in today's weekend update.

After about 11 hours of play, Norway's Alexander "Kobbajun" Kobbeltvedt has won his first bracelet and $296,403. A total of 4,303 players came back with a seat on Day 2, and Kobbeltvedt outlasted them all for the biggest win of his career in Event #84: $100 WSOP MILLION$.

His previous best score was a win in 2018 at the DeepStack Championship Poker Series for more than $30,000, and he had two cashes at the live World Series of Poker that year as well, where he banked more than $9,000 with cashes in Event #72 and Event #69.

Event #85: $500 The Closer has come to a conclusion after close to 8 hours of play. The tournament field drew 4,012 and after a scintillating day of rapid fire action the winner at the end was Michael “Hneves” Gathy who used one of the final opportunities of the series to claim the fourth bracelet of his career and the grand prize of $272,504.

Gathy won his last WSOP Bracelet in 2016 and has amassed 1.8 million in WSOP earnings in his impressive career. Runner-up was China's Yuan Yuan "SunnySummer" Li, who nearly became the fifth woman to win a bracelet in a single series. Li received $194,248 for finishing second.

The final table began with very few big blinds between all the players and the eliminations came rapidly as the entire table took only 30 minutes to complete, with most of the hands being preflop all in battles.

Li entered the final table as the chip leader and at one point strengthened his lead but eventually Gathy would cut into that lead with several big pots and after US high roller Shankar Pillai was eliminated in third place, Gathy held a 2:1 chip lead going into heads up play.

Gathy would not relent in heads up as he did not allow Li to win many pots and quickly whittled Li’s stack down to a very short one before eventually securing his fourth bracelet.

If you want to play on GGPoker, you'll need to sign up for an account in order to jump into the action. By downloading GGPoker via PokerNews entitles you to a welcome bonus worth up to $600. Your first deposit is matched 200% up to a maximum of $600.

Just one more event needs to conclude in the 2020 WSOP Online, as the final table of Event #83: $10K WSOP Super MILLION$ has been delayed to Tuesday and will be live-streamed accordingly. As always, PokerNews will be on deck to cover the final cards of the series being dealt!