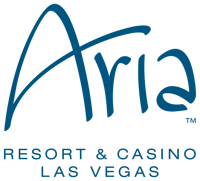 If you're looking to play poker at one of the best places in Las Vegas, look no further. The ARIA Poker Room, located in the middle of the famous Las Vegas strip, offers all the action, amenities and more you'd expect from one of the city's best casinos.

The poker room is located in the ARIA Resort & Casino, a luxury hotel and casino that's part of the CityCenter urban complex right in the heart of Las Vegas. Opened in 2009, the resort is located between the Bellagio and Park MGM on the site of the old Boardwalk Hotel and Casino.

The complex houses 150,000 square feet of gaming space, with a 24-table poker room located on the east side of the casino floor next to the main valet pick-up.

The poker room at the ARIA offers one of the most extensive collections of games and stakes for its players to enter. Whether you are starting out playing No-Limit Texas Hold'em at $1/$3 or looking to change things up in the mixed game streets, there's something for everyone.

In 2019 it was announced that the table was being renamed 'Table 1'.

The ARIA Resort & Casino has a daily tournament with guarantees of $3,000 or $5,000 depending on what day it is running. From Sunday until Thursday, the tournament runs daily a buy-in of $140. Every Friday and Saturday the buy-in is increased to $240.

The ARIA Resort & Casino has played host to the Super High Roller Bowl on five occasions since the inaugural SHRB in 2015. Initially, a $500,000 buy-in tournament when launched, the buy-in was reduced to $300,000 for the second SHRB and all subsequent editions held at the ARIA.

In 2017, the ARIA Resort & Casino played host to the inaugural Poker Masters. The event has been held at the ARIA on two subsequent ocacsions. The winner at the end of the festival is awarded the Purple Jacket. The festivals have attracted some of the best players in the world, which is shown in the calibre of winners. Steffen Sontheimer, Ali Imsirovic and Sam Soverel have all won the coveted Purple Jacket, with the festival returning in September 2021.

The U.S. Poker Open was established in 2018 as yet another high stakes poker festival hosted at the PokerGO Studio. Unlike the Super High Roller Bowl and Poker Masters, the U.S. Poker Open featured high stakes mixed games. Stephen Chidwick was the inaugural winner, with five cashes and two wins across the eight-event festival. His wins included taking down the $26,000 Mixed Game Championship for $382,500.

In 2018, the PokerGO Studio was established as a partnership between ARIA and Poker Central/PokerGO. Featuring high-tech lighting and video technology, the studio is housed in a 10,000 square foot facility adjacent to the ARIA.

The first event it hosted was the 2018 Super High Roller Bowl, and has also hosted the Poker Masters and U.S. Poker Open.

“PokerGO/Poker central and Aria have really formed a great team where we're really happy with the product,” said Aria tournament poker manager Paul Campbell. “Aria's really proud of the product that we offer the players and Poker Central is amazing at showcasing that product to the viewers.”

Jake Schindler's runner-up performance in the 2017 Super High Roller Bowl, coupled with several other strong performances in High Roller tournaments see him top the all-time money list for the ARIA. Schindler has won more than a dozen ARIA High Rollers stretching back to 2016.

Courtesy of The Hendon Mob