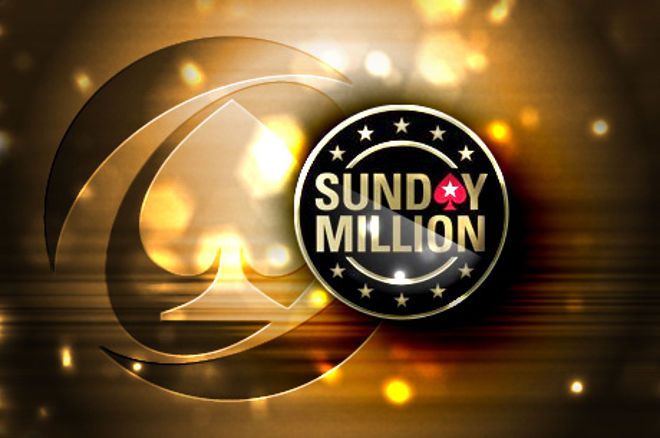 Are you getting ready for the $12.5m Anniversary Edition Sunday Million on PokerStars?

Have you been trying your hand at these online satellites into the most exciting tournament of the year so far?

PokerNews is here to help you ahead of the tournament.

To come up with the most comprehensive strategy guide to the PokerStars Sunday Million, we reached out to PokerStars Team Pros Arlie Shaban, Felix Schneiders and Tom Hayward.

The satellites tournaments are running already!

Join the online qualifiers at PokerStars and secure an early seat into this MASSIVE Sunday Million. The action starts at $0.90!

PokerNews: What's one thing you would tell yourself before you played your first Sunday Million?

Arlie Shaban: I would tell younger Arlie before his first-ever Sunday Million that I should be patient and try extra hard not to tilt.

Back in the day when I was first taking shots at bigger buy-ins, I had a tendency to overact when I got unlucky and spew away chips.

I would tell myself to expect unlucky events, but to react with logic and reason after them, instead of with emotion.

Arlie Shaban: One mistake that people make at the beginning of the Sunday Million is to think that because they have so many big blinds that means they can play looser.

Just know your opening ranges off all stack depths and positions and stick to them to avoid this being an issue.

Arlie Shaban: Some players will start to get very tight deep in a big game like this, the money is very substantial, and it could cause people to play for just the ladders way before the final table is even a thought.

I would always suggest playing to win, you don't want to play scared when you do finally make it to the end stages of a game with this much money up top.

One of the best ways to stay alert is to make sure you are well-rested, you have planned your meals ahead of time to keep yourself fuelled, and drink lots of water.

Felix Schneiders: In the early stages, people are usually way too loose and build unnecessarily big pots with marginal hands like overpairs or top pairs.

This costs them chunks of their stack early on or gives them early doubles which might make them overconfident.

Doubling up early in a tournament when the blinds are low and the chips don't have as much value yet isn't as valuable as in the later stages.

And that's where people tighten up, fold too much and don't get aggressive enough especially around the bubble - because they desperately long for the cash in an event like the Sunday Million!

Felix Schneiders:: Avoid sugar, coffee and large meals. Have healthy snacks like nuts and seeds nearby, as they give you brainpower and don't burden your stomach.

Do 'stair breaks' during 5-minute breaks (run up and down your nearest staircase around your house), go for fresh air and drink plenty of water or tea!

Find Out How to Balance Keeping Fit and Playing Poker

Tom "Pleb_method" Hayward: 'get your takeout order ready to go'

PokerNews: What's one thing you would tell yourself before you played your first Sunday Million?

Tom "Pleb_method" Hayward: It's the Sunday Million, a decent chunk of people are probably new, or satellited in from the low stakes and are uncomfortable playing these stakes - I'm going to treat this like the big $5.50 and go for gold.

During the middle stages I think people burn away money continuation bet bluffing/outright bluffing into people who aren't folding enough.

This is because in terms of real-life impact - there is much more on the line at this point.

Tom "Pleb_method" Hayward: Prepare a couple of sandwiches or some type of quick meal before the tournament starts - or get your takeout order ready to go, drink lots of water.