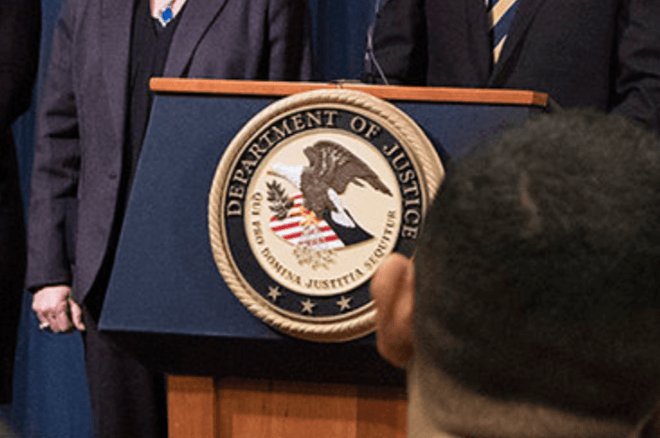 Just about six months ago in this space we were reporting how the deadline for compliance with a new reinterpretation of the 1961 Interstate Wire Act had been pushed forward six months to the end of the calendar year. With that deadline approaching, we're reporting again today that the deadline has been extended once more — another six months to June 30, 2020.

To back up and provide a little context, in December 2011 — about eight months after the "Black Friday" indictments and civil complaint forced the world's online poker sites out of the United States — a memo written by then Assistant Attorney General Virginia Seitz was made public offering a reinterpretation that the Wire Act only applied to sports betting and not to other forms of gambling.

That memo helped pave the way for states such as Nevada, Delaware, and New Jersey to pass legislation permitting various forms of online gambling. Since then Pennsylvania and West Virginia have done the same, as did Michigan just last week, with Governor Gretchen Whitmer signing the bill into law today.

However in January of this year a new letter emanating from the United States Department of Justice was made public, one written a couple of months before by the DOJ's Office of Legal Counsel stating the Wire Act's prohibitions extended beyond sports betting to cover other types of online gambling. In effect, the new opinion reversed the DOJ's position regarding the Wire Act, suddenly throwing into question both current and future forms of online gambling.

The original deadline for compliance with the new reinterpretation had been April 15, 2019 — the eight-year anniversary of "Black Friday," as it happens. But in early March that deadline was extended to mid-June.

Then in early June came another twist in the story. Ruling upon a case brought by the New Hampshire Lottery Commission against U.S. Attorney General William Barr, a U.S. District Court judge determined the Wire Act in fact applies only to sports betting, thus vacating the DOJ's new reinterpretation.

In response the DOJ indicated its intention to appeal and it has, and that case has already started with a great likelihood of it eventually winding up before the U.S. Supreme Court. It was shortly after the June ruling the DOJ extended the deadline for compliance with its new interpretation of the Wire Act to December, and as the appeal continues the DOJ this week again extended the deadline six months more.

Practically speaking, the ruling in New Hampshire and compliance delays lessens the pressure upon states like Michigan and others whose lawmakers have been or are in the process of entertaining online gambling legislation.

Meanwhile we'll keep an eye on the progress of the DOJ's appeal and whether it follows expectations and makes it to the U.S. Supreme Court. One other possible wrinkle — as Pokerfuse shares from a panel discussion at the 2019 Global Gaming Expo in October, should the 2020 election result in a change of administrations, the DOJ could subsequently drop its effort to push forward its Wire Act reinterpretation.

Just a month ago the Fitzwilliam Casino and Card Club was host to a satellite to the Moneymaker's Road to PSPC - Dublin Main Event in which Victor Antoci topped an 809-entry field to win a Platinum Pass and entry into the 2020 PokerStars Players Championship in Barcelona.

Alas, that event will mark one of the last for the poker room after it announced earlier this week it has closed its doors due to a new "legal threat" posed by the passage of the Gaming and Lotteries (Amendment) Bill 2019 last week.

On Monday TheJournal.ie reported the decision to close was made after the owners had received legal advice to do so. "The Fitzwilliam Club claimed the Act has broadened the definition of unlawful gaming to any gaming without a 'gaming permit' or a 'gaming licence.'" With both options unavailable to the private club, the decision was made to close.

The closing means "the loss of almost 80 jobs."

Thus ends 16 years of operation for the Fitzwilliam Casino and Card Club which in the past hosted a variety of events, including Irish Amateur Poker Championship and the Fitzwilliam Poker Masters.

That makes for a nice headline, but in truth November was a tough month for the casinos, as New England Public Radio points out.

For Plainridge Park Casino, the $10.98 million in gross gaming revenue in November was the lowest monthly total since it first opened in June 2015. For MGM Springfield which opened in August 2018, the $19.9 million revenue total for the month was its second-lowest. The same was true for Encore Boston Harbor where the $47.3 million in revenue in November was its second-lowest monthly total as well, although it only opened in June 2019.

Neither MGM Springfield nor Encore Boston Harbor have met revenue projections estimated prior to their opening. For MGM Springfield, the first-year projection had been $418 million, though in its first year of operation that total was $273.8 million.

Both MGM Springfield and Encore Boston Harbor offer both slots and table games, with revenue for both taxed at a 25% rate. Plainridge Park Casino is slots only, with revenue taxed at 49%.

10 Essential Blackjack Tips to Win More at the Casino

Inside Gaming: Online Revenue Record for New Jersey in November