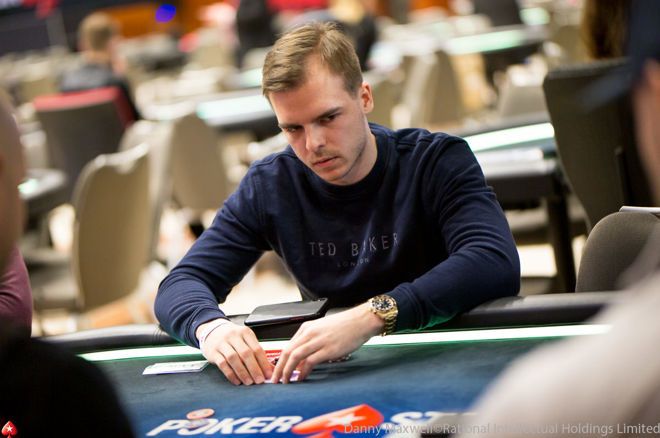 Poker Masters Online action has continued at partypoker, and with the end of the series drawing near, the prime contenders have surged to the top of the leaderboard.

Among that number is Pauli Ayras. The Finnish player became the first to claim two titles in the series as he won Event #19: $25,000 No-Limit Hold'em on Tuesday.

However, he sits in third place as the top two spots are occupied by Artur Martirosian and Alex Foxen. The former collected a big second-place finish while the latter has grabbed both a second and a fourth in the past few days.

After previously winning a $10,300 pot-limit Omaha event, Ayras showcased his no-limit chops in the Event #19: $25,000 No-Limit Hold'em. Ayras managed to beat elite competitor Sam Greenwood heads up, while the likes of David Peters and Luuk Gieles rounded out the top four.

The $548K Ayras won outpaces any of his live scores.

It was also a great result for Martirosian. While he was unable to overcome Smith heads up, he notched 208 points and $346,500 for his second-place finish. The former was enough to place him in the lead for the purple jacket standings ahead of Foxen and Ayras, though Foxen did grab some points of his own with a fourth-place finish for $141,750.

Foxen again put together a strong result with his second final table of the day, in Event #22: $10,300 No-Limit Hold'em, however, he'd fall just shy of the title as Sebastian Lewin outdueled him heads up. Lewin got $240,861 while Foxen banked $150,150 and 150 more precious points in the leaderboard chase to pull within double digits of Martirosian.

Peters also kept up his final tabling ways with a fourth-place finish.

Just days after Pauli Ayras became the first two-time Poker Masters Online champion, Pascal Lefrancois has added his second title, after winning Event #9, topping a 61-player field to win Event #23. He took down the $25,500 PLO event, earning third-biggest payout of the festival so far, bringing his total earnings for the "trip" to over $800,000.

He defeated Andras Nemeth heads-up, who is closing in on $1m in cashes for the festival from his seven cashes.

It wouldn't be a Poker Central High Roller event without a certain Ali Imsirovic getting in on the act. The former SHRB London runner-up topped a 110-player field to win $277,097 after defeating Benjamin Jones heads-up.