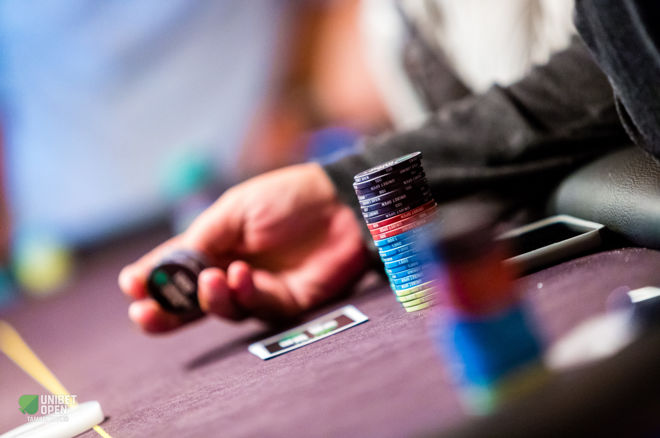 For many newer no-limit hold'em players, "three-betting" or reraising before the flop is a rarely chosen action, almost exclusively performed (if at all) with the strongest starting hands. For the same group, "four-betting" preflop — that is raising after someone has reraised — is even less commonly done, perhaps only with pocket aces or pocket kings (if the chips haven't gotten in the middle already).

That means when we begin talking about three-betting or four-betting "light" — that is, with medium-strength or even weak starting hands — we've moved into more of an advanced topic to consider. A player probably first has to be able to three- or four-bet preflop with strong hands before he or she can reasonably start thinking about mixing in "light" three- and four-bets.

Let's say you are a player who well understands starting hand values, the importance of position, are able to identify opponents' playing styles and tendencies, and you are comfortable three- or four-betting with strong starters when the circumstances warrant doing so. Why might you want to consider occasionally three- or four-betting with lesser, non-premium holdings, then?

When we talk about a player's starting hand as being "light" or not strong, that in itself is an evaluation that isn't necessarily cut-and-dry in terms of its parameters. For a super-tight player who only plays strong hands, even reraising with

could be considered a "light" three-bet, whereas with a looser player with a wider three-betting range to reraise with the same hand might be considered an especially strong holding.

Having made that qualification, let's agree that a "light" three- or four-bet can be understood as any hand outside the typical reraising range of

— the "premium" hands with which many players only three- or four-bet.

Light Three-Bets and Four-Bets: Exploiting Players Who Will Fold

For many, the idea of three-betting with non-premium starting hands is thought of exclusively as a preflop bluff. That is to say, it's a reraise you don't want to be called, therefore it is made only in situations marked by certain, specific factors, the most important being the style of the player making the opening raise.

If the player is especially loose and known to open-raise with a very wide range of hands, the three-bet is designed to earn a fold while winning some extra money besides the blinds and antes. If the player is tight enough to raise with better starting hands though still fold everything but premium hands to three-bets, that player, too, become a target for three-betting light.

Some approach the light four-bet similarly — also as a bluff designed to win the hand right then and there. The targets again are loose-aggressive players capable of three-betting with hands like

who will then fold such hands to four-bets, or tighter players who might three-bet occasionally with

, but won't go any further with such hands when facing four-bets.

You're also setting yourself up to lose more than you'd like when these preflop bluffs are called (or met with subsequent reraises). It ends up being a high-risk play — much riskier, say, than a simple blind steal — since any three- or four-bet is necessarily going to require committing significant chips.

If the blinds are 100/200 and the first raise is to 500, a typical reraise might be to 1,500. If that three-bet is a bluff, it's a bluff in which a player is risking 1,500 to 700. Meanwhile a postflop bluff is usually made by betting less than the size of the pot (e.g., risking 700 to win 1,500). You're risking more to win less (relatively speaking), which means the three-bet bluff has to work a much higher percentage of the time to be profitable.

All of which is to say, you shouldn't think of three-betting light or four-betting light as merely a way to bluff before the flop against players who will fold. That can happen, and sometimes will be a favorable outcome. But there are other reasons for making these light preflop reraises.

Light Three-Bets and Four-Bets: Exploiting Players Who Will Call

We should add that against still another group of opponents, the loose-passive ones who call preflop reraises more often than they should, three- or four-betting light can also be highly effective. Such players can be pushed off hands readily after the flop, yielding to you the larger pots built by the preflop action.

Against such players you are expecting the loose preflop call that leads to them having to play postflop with a range that includes many medium-to-weak hands with pots above average in size. The fact that you have three- or four-bet light and also have less-than-premium holdings isn't as significant, as you have the initiative and often can push these players out once they miss connecting with the board.

There's more to say here, but we'll move on with the understanding that the light three- or four-bet (often) isn't merely a stand-alone preflop play, but part of a larger multi-move strategy that continues after the flop.

. It's a spot where you might have folded or just called, but you've chosen to three-bet light. The blinds fold, the original raiser calls, and the flop comes

. Your opponent check-calls your continuation bet, you both check the

river, and you win the pot with a pair of tens as your opponent has

Three-betting takes the iniative away from the raiser preflop, giving you a better chance to control how the betting is going to go after the flop. This is advantageous with speculative hands like those suited connectors. Three-betting light with position as in this example further puts an opponent on the defensive, while three-betting from out of position can be a way to lessen the positional advantage by taking away the initiative.

By three-betting light, you see flops with a much wider range of hands, which in turn means you hit those ten-high flops or other boards that don't seem like they'd be good for ace-king or ace-queen (i.e., hands which your opponent might expect a three-bettor to have). It can be a very deceptive play, and especially effective against players who never three-bet light themselves and thus have difficulty anticipating others doing it.

When four-bets gets called, you'll often see a lot of checking after the flop — unless, of course, one or both players really does hold a premium starting hand or connects with the board especially hard. If you've four-bet preflop and your opponent shows weakness after the flop, you're in a prime spot to steal a decent-sized pot.

Consider that same hand described above, the one in which you three-bet with ten-nine suited and ended up showing down a winner.

How will your opponents view your next three-bet?

Several good things can result here, even if you had lost that particular hand at showdown. Some players will readily call your next three-bet (or reraise back), increasing the likelihood of your getting action when you do finally pick up premium starting hands.

Some will also recognize the light three-bet as indicative of your being a creative player willing to make unorthodox moves. That can help in a variety of situations, such as getting your value bets called ("This guy will raise with anything!"), earning you folds when you bluff ("Who knows what this guy has? Maybe he really has the seven-high straight here."), and other good results that come when opponents cannot reliably narrow your range.

Numerous factors can influence how frequently a given player might light three-bet or light four-bet, including the stack sizes which in some cases (e.g., shallow-stacked tournament situations) can essentially rule out reraising light as a preflop option.

For most players and in most situations, however, the light three-bet will be only an occasionally employed move, and the light four-bet even rarer.

That said, don't be the player who never three-bets light, as that opens you up to being exploited yourself those times when you do three-bet with your premium hands. Perhaps practice the move when playing online poker at the micros or lower stakes and become familiar with how your making the light preflop reraise can affect a given hand and/or how other hands play.

Caught Off Guard: Three-Betting Without a Plan