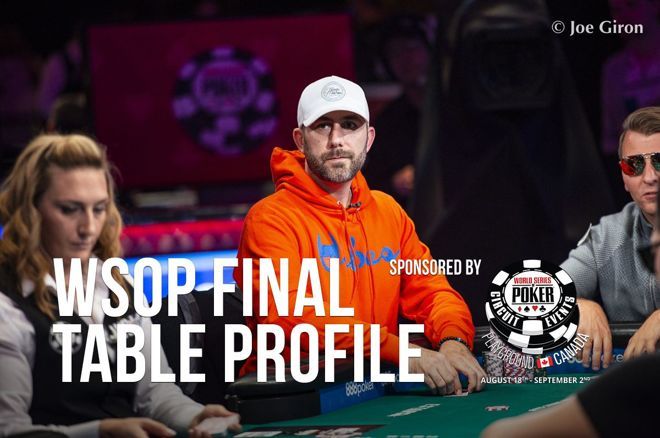 Back in the day, Garry Gates was grinding poker in the low-limit cash game trenches in Las Vegas, trying to convert his passion for poker into something sustainable. He admitted it was harder than it seemed, but kept at it until he met someone who would change the trajectory of his life.

According to a post written by Gates on the PokerStars blog, he met a man named Gary Wise in Las Vegas - a feature poker writer for ESPN. That got him into the door of poker media, and he ran the PokerNews live reporting team that covered the World Series of Poker back in 2008, the same media company now covering his deep Main Event run.

More than ten years back, Gates took a job as a consultant for the PokerStars Live Events team, which then led to Senior Consultant of Player Affairs for PokerStars Live, the position he still holds. All of his experience in the poker world has led to this moment — everyone in the industry rallying behind a man who has given so much to the poker community through his work.

I'm not a big believer in karma but my god after so many years of putting up with every single high roller diva in… https://t.co/FTVpnjV3gf

Gates doesn't play much, but the $10,000 WSOP Main Event is something he plays almost every year. This marks his fourth cash in the Main Event, with his deepest run before this coming in 2011 where he finished in 173rd place for $47,107.

When asked about living every poker player's dream of making the WSOP Main Event final table, Gates commented: "Deep down, I wanted it, and I absolutely hoped for it. It's crazy to be here now."

"Deep down, I wanted it, and I absolutely hoped for it. It's crazy to be here now."

This week, all hearts and good vibes are behind Gates as he sits on the other side of the felt, eyeing the $10 million first-place prize and a shot at the 50th annual WSOP Main Event bracelet. The rail behind Gates in the 'mothership' in Amazon is entirely full, with bellowing cheers coming every time Gates ships a pot.

"It's not just the physical rail - it's also the messages. I feel so loved and lucky to be here," said an emotional Gates. "Every colleague and industry person has reached out and sent me well wishes. It's special - it's really, really special. I hope to make everybody proud."

"It's special - it's really, really special. I hope to make everybody proud."

Andrew Moreno also weighed in too, talking about Gates' character and heart when it comes to poker. "He's an extremely powerful, motivated individual. While he's not a professional - he's a recreational player - I'm not surprised in the least to see him here, because he believes in himself."

Moreno continued: "To me, you can look at someone's rail, and it says a lot about who you are in the world. It's no surprise to me that we can barely hold all of his friends here."

How Garry Gates Got to the Final Table

, needing to improve against Heidorn's

. It was looking grim for Gates, but the board ran out

to pair his ace on the river and give him a huge double to stay alive.

, and Gates held for yet another huge double. This propelled Gates into the top five stacks, putting him in prime position to make the final table.

Gates has been working in the industry for over ten years, with playing experience that extends well beyond that. He has around $250,000 in live earnings, so Gates is no stranger to playing under pressure. On top of this, Gates' rail is full of some of the best players in the world, so expect some solid play and a valiant run at the title.

His relaxed demeanor and massive rail could make all of the difference at the final table. With the entire industry behind him, he'll be tough to beat.