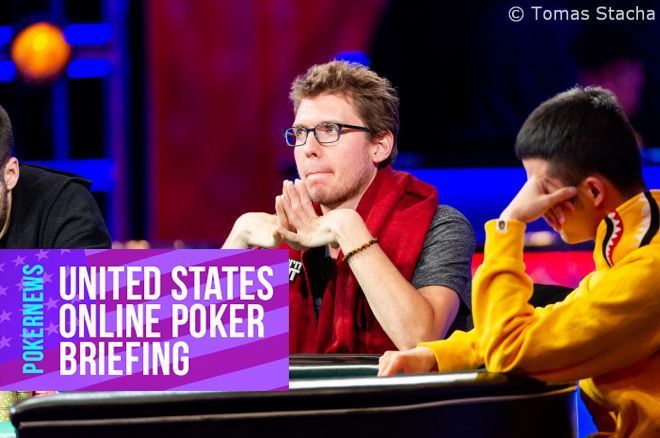 It was another big Sunday online at regulated online poker rooms in the United States.

The BorgataPoker.com/partypoker/PlayMGM Sunday $35K GTD was once again a huge success with 247 entrants (154 entries + 93 re-entries) generating a $49,400 prize pool.

Michael "IIIIIIIIIIII" Haberman Jr proved as to why he was formerly ranked number one in New Jersey at PocketFives for online tournaments by shipping this tournament for $9,880 after nearly 10 hours of play. Haberman Jr has notched more than $2 million in online cashes at American regulated online poker networks and was ranked in 162nd place in the world and 11th place in the United States before entering this event.

Meanwhile, Josh "layitdown08" Rothberg was also at the final table before he bowed out in seventh place for $2,322.

Next Sunday will feature yet another $35,000 guaranteed tournament at partypoker US.

A total of 954 entrants ponied up the $109 buy-in creating some overlay value for the 54 players that cashed for at least $450.

The field was dwindled down to 254 players to start Sunday's Day 2.

A total of 107 entrants cashed for at least $549 with the eventual winner "moledaddy" collecting $30,121 for winning the event.

On the heels of a successful inaugural PASCOOP, the PokerStars PA Sunday Special returned with a bang with a hefty $100,000 guaranteed prize pool.

The event featured an unusual six-way deal with "Crazzynids" officially winning the event for $12,067.

Meanwhile, Ryan "NeillyAA74" Neilly wasn't able to make the podium but did collect the biggest cash after finishing in fourth place for $12,639.

The Spring Online Championships features 100 big events with more than $4 million in guaranteed prizes from April 1 to May 3 at WSOP.com in New Jersey, Nevada, and Delaware.

Sunday featured a special event with WSOP.com randomly giving away $3,000 in cash to players registered to the $100 Spring OC 69 - $100,000 Player Appreciation with Added Prizes.

The event was once again a huge success with 705 entries and 389 re-entries generating a huge $218,800 prize pool for more than double the guarantee. A total of 120 players managed to go home with at least a min-cash valued at $672.

Jake "tooletime13" Toole shipped the event for $38,977 for his second big score of the day after also taking fourth in the Player Appreciation event for $15,811.