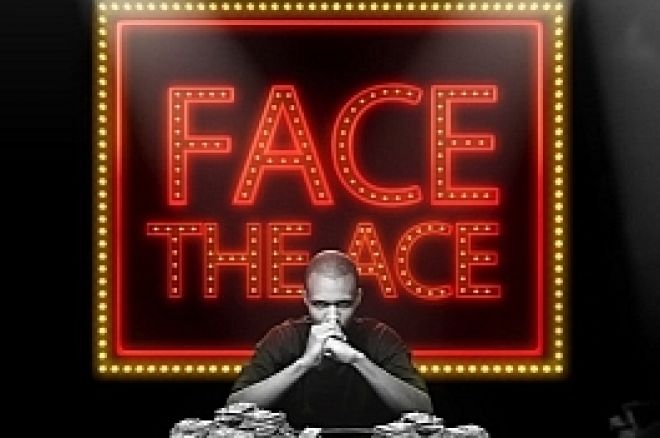 Looking for a chance to match your heads-up poker skills against some of poker’s most famous names? Full Tilt is providing just that opportunity, with online qualifiers now available for seats on the brand new poker TV show “Face the Ace,” which gives each contestant the chance to defeat up to three different Full Tilt pros in head-to-head matches and walk away with as much as $1,000,000.

The show’s format begins with a contest (the online qualifier) facing four smoked-glass doors; behind each is a different “Ace” who will be the opponent in that heads-up matchup. A player who wins hus first match must risk his winnings to play the second match, and must risk his winning again if he wins that second match to try for the hat trick. Winning all three matchups, risking the money each time, would produce the million-dollar winner.

Seven one-hour episodes of “Face the Ace” are currently scheduled, running from the prime-time August 1st debut through January 2nd, 2010.

More information on becoming a contestant on “Face the Ace” is available at facetheace.com and fulltiltpoker.net. Here's the promotional trailer for Full Tilt's "Face the Ace":