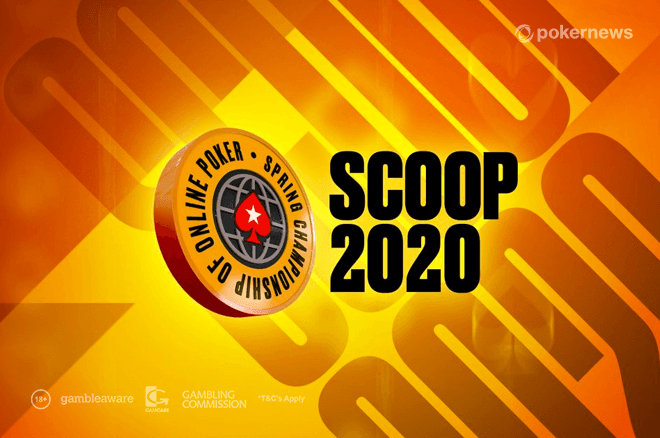 Another huge weekend is underway, and with all eyes on the PokerStars Spring Championship of Online Poker Main Events tonight, here we recap some of the action from last night including Mike "SirWatts" Watson's pursuit of two titles in a single night.

There were also titles for Joao "IneedMassari" Simao and a crazy six-handed deal in SCOOP-66-L NLHE.

Meanwhile, Fintan "easywithaces" Hand sits second in chips with 31 left in the SCOOP-69-H Afternoon Deepstack. $63,753 awaits the winner in that one!

After coming into the final day of the SCOOP-65-H $1,050 8-Game event as chip leader, Mike "SirWatts" Watson had to settle for second place behind the Netherlands' Noah "Exclusive" Boeken. The former EPT winner took home $38,495 for his victory, over a field of 193 entries.

However, in the other event that Watson was chip leading he made no mistakes, taking home over $80,000 for victory in SCOOP-66-H, defeating a final table that included Conor "1_conor_b_1" Beresford and Thomas "MarToMchat" Boivin.

This took the Canadian to within touching distance of $110,000 in combined cashes from today's two final tables alone.

There was yet another victory for Brazil in the SCOOP-71-H $1,060 NLO8 Turbo 6-Max as Joao "IneedMassari" Simao took down the victory. "

"whufcmk" walked away a SCOOP champion with over $15,000 after securing a six-handed deal. However, it was Brazils "yteruia" who walked away with the most money, pocketed $23,878 despite finishing in third place.

Germany's "DaCus3" won themselves a SCOOP title after a three-handed deal involving them, eventual runner-up "guilherm12" from Brazil ($13,735) and "Giffordonian" from the United Kingdom ($12,672)

Second in chips is Fintan "easywithaces" Hand who will no doubt be streaming the action on the final day of this tournament over on his Twitch channel.

It's one of the biggest online poker Sundays of the year! Check out the incredible list of events that's on tap tonight at PokerStars. Want to join in on the poker fun? Download PokerStars today and jump right into the action!