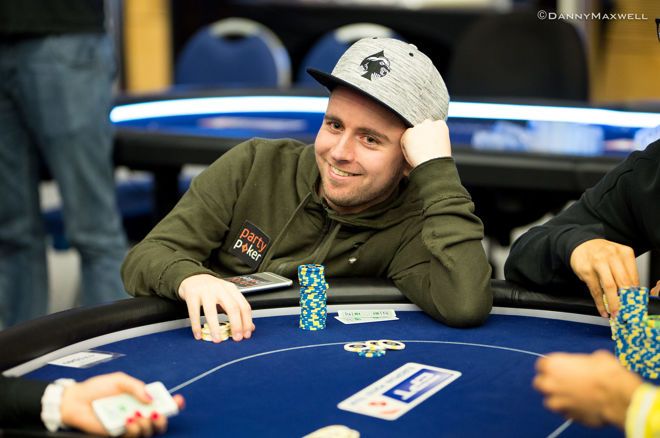 The 2020 Spring Championship of Online Poker at PokerStars is now in overtime and another massive Sunday lies ahead for the grinders. Before we move on to Sunday, let's check out who were among the big winners on Saturday night.

While the PokerNews live reporting took a rare night off before the big Sunday tournaments, several notables racked up a SCOOP win including Patrick "pads1161" Leonard, who won his second title of 2020 and third overall in SCOOP-93-H: $215+R NLHE [8-Max, Turbo] for $41,809.

Meanwhile, the large Twitch-audience of Lex Veldhuis can prepare themselves for another big Sunday as the PokerStars ambassador will be back on Day 2 of the Afternoon Deep Stack.

Despite having an eye-popping poker resumé with more than $18,000,000 in lifetime cashes on the live felt (according to The Hendon Mob) and almost $5,000,000 under his moniker "Bounatirou" on PokerStars, Dominik Nitsche had never won a SCOOP title until last night. The 29-year old German juggernaut reigned supreme in SCOOP 87-H: $530 NLHE, topping a field of 956 entries that kept the prize pool just below of the guaranteed $500,000.

It was a relatively quiet day at the tables with nine new champions crowned. Take a look at the results from Day 24 below.

Nine SCOOP events are in-play and will resume on Sunday.

Lex Veldhuis is among the final 50 players but will return as one of the shortest stacks.

READ MORE: Do You Know How Often You Should Get Dealt Aces? Find Out Here!

Events Scheduled on May 24

It's another huge Sunday at PokerStars, with both the SCOOP going into overtime as well as some of the regular tournaments returning to the schedule, including the $109 Sunday Million at 5 p.m. GMT. The second chance No-Limit Hold'em events will also kick off at 5 p.m. GMT and are scheduled to last four days. The PLO Main Event second chances start at 6:15 p.m. GMT and will be three-day events.

Check out the full SCOOP program for Sunday May 24 below!