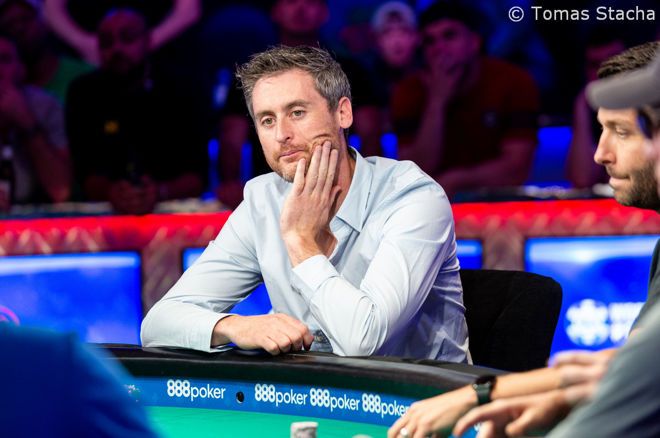 After more than ten and a half hours, the next first-time winner has been crowned in the 2020 GGPoker WSOP Online Bracelet Events and it was Eoghan "DrRoche" O'Dea who triumphed in Event #51: $400 Pot Limit Omaha. The event created a field of 2,005 entries and prize pool of $753,880, of which O'Dea earned the biggest slice worth $100,945 after defeating Nital "4TheAnimals" Jethalal in heads-up.

While O'Dea is perhaps known to many as a finalist of the 2011 WSOP Main Event in Las Vegas, he has a lot of cashes in PLO tournaments to his name. Most notably, he reached the final table of the $10,000 Pot-Limit Omaha 8-Handed Championship in 2017 and 2019, finishing in 6th place both times.

O'Dea becomes the fifth Irish player to win the coveted WSOP gold bracelet and further grows the family legacy in a rare feat on the international poker circuit. His father Donnacha O'Dea, an Irish poker legend, left big footsteps to follow in as he was the first Irishman to earn this merit back in 1998. Perhaps, it comes as no surprise that the "The Don" also claimed his victory in the great game of PLO and Eoghan can now claim one of his own.

*the winner also receives a WSOP Europe package valued at $12,000

Action got underway at 2 p.m. Eastern time, and a steady stream of entries swelled the field to over 2,000 entries. That put $753,880 into the prize pool, with 278 players getting a share of that.

They didn't waste any time getting into the money. There were only five levels of play before players started getting paid, and another two levels saw them down to 130 left. In the end, it took about nine hours to whittle the field down to the final nine players. Along the way, players like Roberto Romanello, Dan Smith, and Danny Tang collected small payouts.

One player in the final nine was at least as well known off the felt as on. Dani Juncadella has a few cashes in no limit hold'em events to his name, but he's also a professional driver in the Deutsche Tourenwagen Masters for Team R-Motorsport II and former Formula 1 test driver. His stay at the final table was brief, however, ending his day in ninth place for $8,688.

It didn't take long to lose Bazei and Ruslan "zverrmvp" Nazarenko in eighth and seventh, with Chi Chung "chipuker" Ho out in 5th shortly after. They traded pots for about 20 minutes before Solomon ended his day in fifth place for $31,325 and within 20 minutes, they were heads up after Benjamin "Wapbap" Voreland and Le Roux quickly fell in fourth and third.

O'Dea came into heads up with a solid chip lead and was never at risk. Jethalal managed to chip up in a few smaller pots, but O'Dea took it down a few hands in when Jethalal flopped two pair and a straight draw and got it in against O'Dea's top set.

The Canadian bricked the turn and river and had to settle for second place and $81,963 while O'Dea scored more than $100,000 as well as a bracelet to match his father's.

PokerNews live coverage of all 54 GGPoker bracelet events is in full swing. Check out the live reporting section for more about the 2020 online WSOP