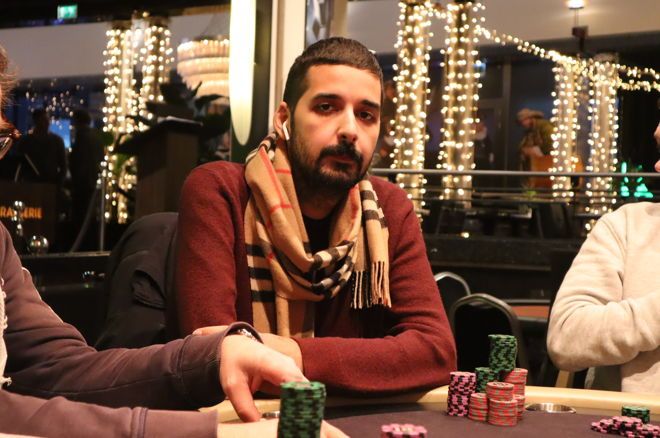 Ates' previous best result in the WSOP tournaments here on GGPoker came he finished in 26th place in Event #44: $2,500 NLHE 6-Handed for $11,697 which Kristen Bicknell won for her third bracelet. In the live WSOP events, he reached the final table of the High Roller in the 2019 WSOP International Circuit in Rotterdam, The Netherlands, and finished in 14th place in the Main Event in the same year and location. This cash here comes close to his personal record of $185,000 when he finished in third place in an event in Cyprus back in 2018.

For Schwecht, today's result seems to surpass any others he had before today according to The Hendon Mob. The final table consisted of players from nine different countries which showcases the diversity of online poker and the players it attracts from all over the world.

Race to the Money and Final Table

As there was a possibility to reenter twice during the three hours of late registration, the players weren't scared of getting their chips in from the start. The first bounties were earned within the first minutes and Dara "OriginalDoke" O'Kearney, Roberto Romanello, and Pascal Hartmann were some of the players fortunate enough to get one.

By the time the registration period really closed, 942 players were left to battle for a cash in this event as 368 of them would get paid at least $680. It would only take 75 minutes before hand-for-hand play would start with five players needing to bust before the rest would be in the money. In the final hand of the bubble, six players would bust with Jehun "honey_tv" Hong as the only player officially min-cashing.

But Chih Wei Fan, "Anti Pro", Galen Hall, and Zachary "Nakinofthefi" Korik had registered before the start of the tournament so enjoyed the benefits of the Bubble Protection feature which meant they all got their buy-ins back on top of any bounties they had earned.

Ates and the Rivers

Ates was the one to burst that final table bubble where he hit a lucky river to eliminate Renato "Songonku" Ribeiro. He overshoved when Ribeiro had pushed his last five big blinds to get the big blind out of the way. The sixes of Reibero found another one to connect with on the flop but the diamonds on the turn and river gave Ates the flush.

Sanches busted to Sanches before the Hakim was halted by Ates. The well-known player held tens and ran them into the kings of Ates and didn't get any help from the board as Ates took a commanding chip lead. It would take forty minutes before Hagen fell to Sanches too. But then Schwecht suddenly started to take away the attention from Ates as he took out Sood to claim the chip lead for himself.

Ates eliminated Sanches when he hit the river against for a straight against the flopped set of aces of the latter. Reard also got rivered in his final hand when he had flopped a pair of deuces but Schwecht hit a straight on the final card on the board. The elimination of Jozonis came a bit easier for Schwecht as he flopped trips immediately to get the tournament to the heads-up stage.

Schwecht started the heads-up battle with 76% of all the chips in play and wasn't scared to use that to his advantage. He got Ates down to his final 16 big blinds when he turned a flush against the turned trips of Ates when all the chips went in. The ace on the river paired the board for Ates to survive once again thanks to the river.

Ates then doubled up for the chip lead when he held with pocket sevens and the river didn't deliver a straight to Schwecht. The chips went flying back and forth for another thirty minutes before Ates called the raise of Schwecht queen-ten. The six-trey-queen flop gave Ates top pair so he put Schwecht all-in after the latter bet with the overpair of aces and was called.

It looked like he was going to double Schwecht up but the trey on the turn and the miracle queen on the river gave Ates one of the two outs he had to win the tournament and his and Turkey's first-ever WSOP bracelet.

This concludes the PokerNews coverage for today and we'll be back on Saturday, August 15, at 12 p.m. UTC to bring you all the action of Event #61: $300 Monster Stack NLHE 6-Handed