Adjust Your Game For Freezeout Tournaments 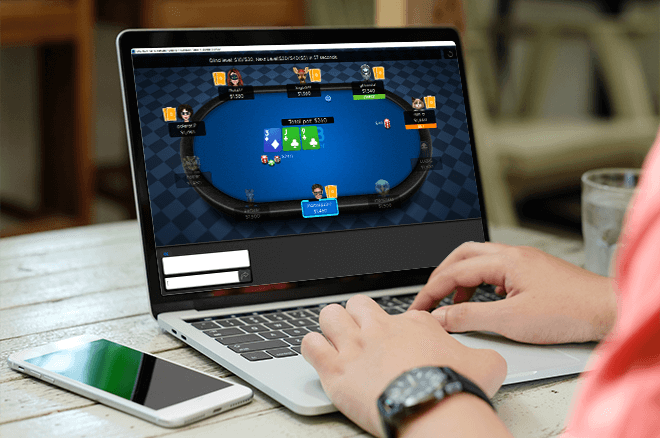 There was a time, many moons ago, when the majority of online poker tournaments were played as a freezeout. Then came the influx of rebuys tournaments, which were gradually replaced by re-entries. Now, freezeouts are making a comeback.

Players have been asking for more freezeout multi-table tournament for a while now and online poker sites are responding by adding them to their schedule. 888Poker has even dedicated an entire series to this format, the aptly named Freezeout Series, which runs June 21 through June 29.

While the rules for freezeout tournaments are the exact same as a re-entry, there are a few subtle differences you need to apply to your strategy if you want to be successful. First, let’s take a look at what a freezeout is and how it differs from a typical re-entry event.

What is a Freezeout Tournament?

The term freezeout was coined because it describes what happens if you bust: you’re frozen out and can no longer compete. Once you lose your stack it is game over. You head for the exits and have to enter another tournament if you want to continue playing.

This is different to a re-entry event where you can fire another bullet if you wish and if late registration is still open.

Freezeouts tend to have smaller guarantees than their re-entry equivalents because people can’t fire multiple bullets as they attempt to win. There are, however, exceptions to this, including the upcoming 888poker Freezeout Series where buy-ins range from $16.50 to $109 and guarantees weigh in from $10,000 to $200,000.

Many poker players prefer freezeout tournaments because they level the playing field somewhat. It can be frustrating to bust a talented player and make your job of winning the tournament easier only to see the said play re-enter and rejoin the action. It’s a matter of preference but some consider freezeouts to be the purest form of tournament poker.

Put this strategy to the test in the 888poker Freezeout Series

What Strategy Should I Employ For Freezeouts?

Those of you who are accustomed to playing re-entry tournaments need to be doubly aware that once you crash out of a freezeout it is game over. MTT players are so used to coming out of the blocks fast in the hope to build a stack early on so they don’t have to re-enter and knowing they can try again if it all goes wrong.

Playing fast and loose from the start is a viable strategy in freezeouts, of course, but be aware you’re going to spend a lot of time on the sidelines or find yourself nursing a short stack when things go terribly wrong.

Regular freezeout players tend to approach this format in a more conservative, tight manner. The early stages of a freezeout are about conserving chips and they are accumulating them. That’s not to say you shouldn’t be trying to add to your stack, but you should avoid unnecessary confrontations that could put your stack at risk. Doubling up early in a tournament is great, but chip leaders after the first few levels rarely go on to win the whole shebang.

It’s often correct to turn down a spot if you believe a better spot will come up later in the tournament. For example, if a lunatic player is open-shoving you may be tempted to call with a hand like ace-queen or ace-king. Most of the time you’re going to be ahead, but possibly flipping or a 65/35 favourite. It’s likely if this man mad survives that you’re going to be able to get your chips in with the nuts and guarantee a win.

Progressing to the Middle Stages

How you approach the middle stages of a freezeout depends on how the early stages went for you. Hopefully, you have a big stack now and can start applying pressure to the players around you who have the most to lose by tangling with you. Micro and short stacks aren’t great targets because you’ll often be priced in to call if they three-bet shove on you.

Likewise, fellow big stacks don’t make great targets either because they have the ability to bust you or decimate your stack. Don’t take either stack on willy nilly. Instead, focus on the medium stacks who seem to be cruising comfortably, especially as the money bubble approaches. These guys are looking for an excuse to give their hands up, which equals free chips for you.

You’re going to want to try rectify the situation if you’re one of the short stacks. It’s often a case of looking for a spot to open-shove your up to 15 big blind stack, often as a late position blind steal attempt. Just like with a medium stack, try avoid shoving into the biggest stacks because they’re more likely to call you as they can absorb the loss. Fellow shorties may also call lighter because they too are looking for a double. This means it’s those medium stacks who are going to feel the brunt of your aggression.
Medium stacks are more difficult to play because you’re one decent hand away from being a big stack, but equally as close to becoming a short stack or even busted. Again, target fellow medium stacks for the time being as they are in the same risky spot as yourself. Don’t tangle with short or big stack without having the goods to back up your claims.

$500K in prizes waiting to be won the Trial of Fortune

Going For the Win

We’ve hopefully got through the money bubble, late registration is long gone, so we need to start looking at winning this thing. Freezeouts tend to payout between 10-20% of the field but there are huge differences in the payouts.

Now’s the time to go for the win. Sure, you’re going to bust a lot at the lower end of the payouts quite often, but its more than made up for when you reach the final table and make it into the top three.

Short stacks are going to be pushing all-in like crazy once the bubble bursts because they have the attitude of double up or go home. It certainly pays to improve your knowledge of push-fold strategy and what your calling ranges should be.

It’s also worth spending time learning at least the basics of ICM for when you’re approaching and have reached the final table. Sometimes what looks like a call should be a fold based on the stacks around you and the prizes on offer.

If you want some more tournament strategy to increase your chances of 888poker Freezeout Series glory, we highly recommend the following articles: