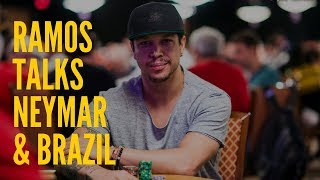 Ramos Discusses Neymar and Brazilians at the World Series of Poker 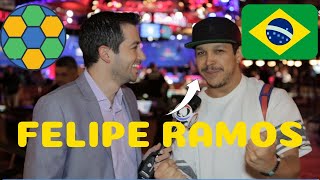 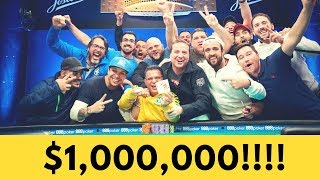 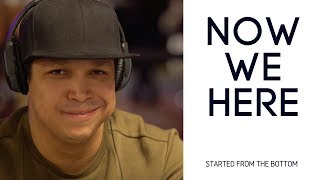 "You Have to Start Somewhere"

GGPoker Ambassador Felipe "Mojave" Ramos was born in São Paulo, Brazil, and now sits with over $2.6 million in lifetime earnings as a professional poker player.

After graduating from college, Ramos' first experience playing poker was playing against his boss. He didn't have to wait long for his first success, after winning the first 8-handed Sit & Go, and finishing runner-up to his boss in the second!

In 2007, Ramos won a BSOP event in his hometown of São Paulo for R$54,400, and received a sponsorship deal that would see him turn pro and begin his poker adventures around the world.

After brief stints as an ambassador for partypoker and Lock Poker, he eventually signed as a PokerStars Team Pro in 2015. The Brazilian enjoyed two and a half successful years with the site, during which he was named as the best player in Latin America by The Global Poker Index in 2017.

In January 2020, Ramos joined GGPoker as their third official Ambassador after Daniel Negreanu and Bryn Kenney. Since joining GGPoker, Ramos has enjoyed playing in their Bounty Hunter Series as well as participating in the GGPoker High Roller Week.

Want to stay up-to-date on all the latest GGPoker news right here on PokerNews? Why not try out the GGPoker Hub!

Don't have an account with GGPoker yet? Don't worry! Sign up through PokerNews and you will receive a welcome bonus worth up to $600. Your first deposit is matched 100% up to a maximum of $600!
The bonus releases into your account in $10 increments each time you earn 6,000 Fish Buffet Points, which is the equivalent of $60 in rake or tournament fees.