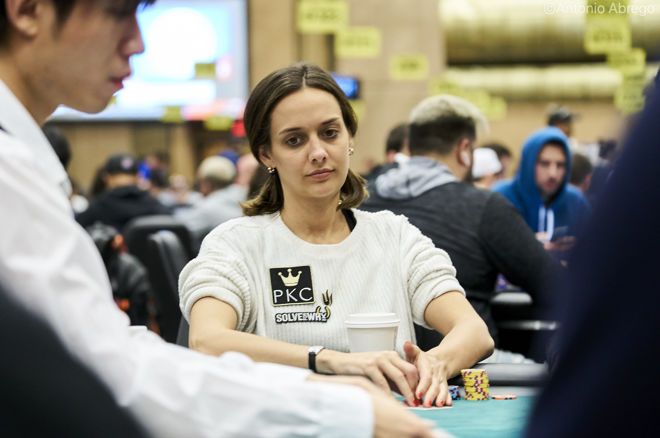 Over the weekend, Marle Cordeiro filed a lawsuit against Mike Postle, a story reported on by TMZ.

In a copy of the Complaint and Demand for Trial by Jury obtained by PokerNews, Cordeiro seeks $250,000 in punitive damages as well as any other relief as may be just and proper. She has also requested a trial by jury.

Cordeiro is being represented by noted gaming attorney Maurice “Mac” VerStandig, who is also spearheading a separate, high-profile lawsuit against Postle and Stone’s Gambling Hall.

“The actions of Mike Postle offend not merely the standards of honor and decency that have long guided the poker world but, too, the law,” VerStandig told PokerNews when reached for comment. “We look forward to pursuing Ms. Cordeiro’s case in court and have faith in the judicial system.”

The latest complaint, which was filed in United States District Court District of Nevada, echoes many of the allegations laid out in the class action suit, namely that during live-streamed cash games someone sent Postle information regarding the competition’s hole cards, which Postle viewed on a cell phone placed in his lap.

“To carry out this pattern and practice, Mr. Postle was aided by one or more confederates – defendants who will be joined in this litigation once their identities are learned through discovery – who furnished him with this information, for purposes of carrying out a fraud, through one or more concealed communicative mechanisms,” the lawsuit states.

If true, such information would have granted Postle the ability to either win or mitigate loss in every hand. In the UltimateBet cheating scandal involving Russ Hamilton, this ability was deemed “God Mode,” which was referenced in a roundabout way in the latest lawsuit.

“Mr. Postle’s winnings on the Stones Live Poker broadcast, and his correlative play of poker, were so exceptionally outstanding as to lead the games’ commentators to note his seemingly mystical abilities on numerous occasions, and to lead Stones Live Poker to produce various graphics portraying Mr. Postle as a deity-like individual imbued with omniscient powers (with one such graphic conflating an image of Mr. Postle and an image of Jesus Christ).”

The complaint continued: “This optimal decision making was so precise as to allow Mr. Postle to record net winnings in more than ninety four percent (94%) of the Stones Live Poker games in which he played from July 18, 2018 onward, even though such games are of fixed duration and elevated variance (relative to “normal” poker games); such a winning percentage, under these confined circumstances in a streamed environment, is not known to have ever been achieved by any other poker player – professional or amateur – over such a significant period of time.”

How Does Cordeiro Fit In?

Cordeiro is a well-known poker vlogger and co-host of The Rake Poker Podcast. In late 2019, she was invited to be a part of the Stones Live Poker broadcast playing $10/$25/$50 no-limit hold’em in a game involving Postle.

The lawsuit contends: “Ms. Cordeiro makes her allegation of Mr. Postle systematically, habitually and regularly cheating at Stones Live Poker games based not on a hunch or suspicion but, rather, based on a statistical analysis of his results, analytical review of the manner in which he played, and extensive footage of his placing his cellular telephone between his legs and thereafter gazing at it when needing to make certain game-optimal decisions.”

As evidence, the complaint highlights one hand played on the stream in which Cordeiro raised to $150 holding the

and Postle called with the

from the big blind. The

on the turn. Cordeiro bet again, this time $600, and Postle folded.

“In a vacuum, this could be attributed to the Defendant having a conservative demeanor, having a quality ‘read’ on Ms. Cordeiro, or being exhausted at the end of a long night of poker; in the context of his fraudulent cheating operation, and realizing he was playing with the illicit advantage of knowing Ms. Cordeiro’s Hole Cards, this is only attributable to his tortious conduct.”

The lawsuit then says that in “an honest game,” Cordeiro could have expected to “have profited several thousand dollars” on this hand.

Did Postle Give It Away?

Cordeiro also references one specific incident from May 6, 2019, in which she believes Postle inadvertently admitted to being aware of other players’ hole cards. According to her, when he visited the commentary booth to discuss his pot-limit Omaha play, he let slip information that revealed his scheme when he asked, “So what happened on that PLO hand where it only showed two of our cards?”

“[He] indicated he was aware that a specific hand’s broadcast had only displayed ‘two of our cards’ to the viewing public (whereas four cards should have been displayed, based on the type of poker being played), even though he would not have had the opportunity to view the broadcast – and, thus, become aware of this technical malfunction – prior to making that comment, unless he had illicitly accessed the information in real time, with the aid of one or more confederates.”

In other words, Cordeiro contends there’s no way Postle could have known two of the hole cards didn’t show up unless he was in fact cheating by viewing the RFID table’s feed.

She goes on to say that in the rare instances when Postle did lose on the stream, he did not stare at his lap and such sessions appeared to coincide when “the person suspected of being his chief confederate was absent from the Sacramento area.”

Postle has not responded to PokerNews' request for comment at the time of publication.

After he is officially served, Postle will have 21 days to provide an answer to the complaint against him. If he fails to do so, a judgment by default could be entered against him.