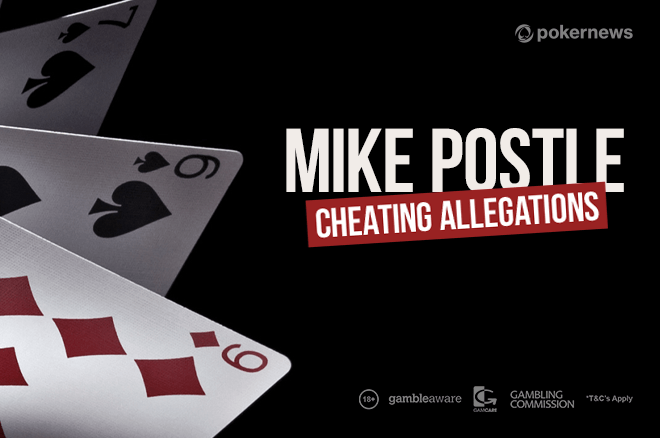 On Monday afternoon in Sacramento, California, the Hon. William B. Shubb listened to oral arguments regarding a trio of Motions to Dismiss filed by Mike Postle, Justin Kuraitis, and King’s Casino, LLC, the parent company to Stones Gambling Hall.

If you want full details on what the Motions to Dismiss are all about, check out our previous articles recapping each:

I had the opportunity to listen in on the proceedings. I was anxious to learn if Postle, who is representing himself, would speak on the matter, and whether or not the judge would make a ruling once arguments wrapped. As it turned out, Postle said precious little, instead opting to let his written motion speak for itself, while the judge did not make a ruling in favor of taking the oral arguments into further consideration before issuing an opinion at a future date.

As oral arguments played out, with lawyers Mark Mao representing Stones and Richard Pachter on behalf of Kuraitis, I took the opportunity to live tweet a thread of various highlights, which you can follow below (click on the tweet to see the thread):

At stake is whether or not 89 plaintiffs, who allege to be victims of a cheating scheme perpetrated by Postle and an unnamed confederate (though it’s not hard to connect the dots on who it is), can continue with their civil lawsuit seeking millions in damages. If the judge rules in favor of the motions to dismiss – he could conceivably dismiss one, two, or all three of them – then that’s it, Postle and company are off the hook civilly.

"There is a world where Postle walks away from the situation scot-free, minus an irreparable reputation in the poker world."

Criminally, there is an active investigation on the state level, but it’s hard to say whether or not it’ll ultimately lead to charges.

There is a world where Postle walks away from the situation scot-free, minus an irreparable reputation in the poker world where he’s already been judged guilty by public opinion.

On the other side of the coin, the possibility still exists that Postle & Co. suffer steep consequences if either civil, criminal, or both matters proceed.

We now wait with bated breath to see how the judge rules.

I won’t reiterate the arguments laid out in the various Motions to Dismiss, nor the plaintiffs' response (you can read them in the articles linked at the top of this article), but will instead share my thoughts on how they played in court.

At the start, Judge Shubb wanted to make clear that Postle, who is far from a legal scholar, understood the arguments put forth in his Motion to Dismiss. If you recall, there is a separate motion for sanctions against Postle alleging his motion was ghostwritten.

The judge hinted that if Postle didn't know, he should say so at this juncture and not waste the court's time. Postle was shaky in his response but claimed that he did understand his arguments and that he would do his best. Whether or not that was the case wouldn't be confirmed, as later on when the judge gave Postle an opportunity to talk, he simply said, “I’m good for now, your honor. Thank you.”

"Instead of talking, he opted to defer to his written motion. In my opinion, it was a wise move on his part."

That was it, the last we heard from Postle during oral arguments. Instead of talking, he opted to defer to his written motion. In my opinion, it was a wise move on his part. As a mere listener, the court proceeding was intimidating to me, so I can’t even image how it seemed to the alleged culprit who is inexperienced with judiciary matters and was sandwiched between accomplished lawyers.

I can’t help but picture plucking an amateur player from a $40 nightly at the local casino and plopping them down in a $100,000 buy-in super high roller against top poker professionals. It’s just not going to end well.

By checking his option to talk, Postle protected himself from scrutiny from the judge, who I’m confident would’ve pressed Postle and asked him some tough questions, likely ones he didn’t have the answers for (i.e. specifics concerning case law and such). Don't get me wrong, I was hoping the court would hear more from Postle like I'm sure many in the poker world were, but for his own defense it's hard to argue against the line he took.

How Do the Parties Feel?

While I’m not a legal expert (though I do have a semester of law school under my belt), I was on the call and heard the arguments for myself. I am intimately familiar with the case, and I had hoped to develop a read – a feeling – on which way things will go.

At times the judge seemed unsympathetic to the casino on the matter of responsibility, but at other times he came off as unenlightened to the plaintiffs' theory as to how Postle allegedly cheated. Unlike so many in the poker world, the judge clearly hadn’t watched Joey Ingram’s videos.

For me, the real crux of the case came down to the matter of damages. The defendants argue they’re too speculative and that California case law doesn’t allow for a judicial remedy, while the plaintiffs argue otherwise. The latter are hoping to flesh out the topic later in the process, but for now cite the rake as an easily-determined damage that in itself should not allow for dismissal.

"We appreciated the opportunity to be heard on our briefs, and look forward to the court’s order."

The judge seemed skeptical in the plaintiffs' ability to determine said damages, but VerStandig landed a punch upon informing the judge of livestream footage granting the ability to replay hands and reconstruction information (i.e. who was playing, size of the pot, etc.).

While that was a point for the plaintiffs, the defendants countered by having the last word, a right granted to them by law. Even though they’re representing different defendants, lawyers Mark Mao and Richard Pachter are on the same side and weren’t afraid to team up to deliver a one-two punch enforcing their belief that precedent does not support this civil case.

After oral arguments concluded, I reached out to both Maurice “Mac” VerStandig, counsel for the plaintiffs, and Postle himself to see how they liked their chances.

“We appreciated the opportunity to be heard on our briefs, and look forward to the court’s order,” was all VerStandig offered.

At the time of publication, Postle had not responded to my request for comment.

In my opinion, we have a classic race. Big Slick versus a small pocket pair. It’s 50/50. Based on what I heard, I could envision the judge allowing the civil case to proceed, but I could also see him granting any number of the motions to dismiss.

To put it in terms any poker player can understand, whether or not Postle & Co. prevail in their motions to dismiss is a coin flip.