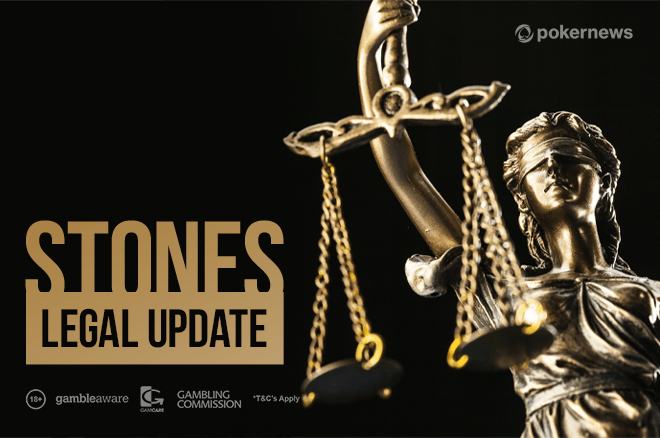 On Monday, two new court documents were filed in the United States District Court Eastern District of California, both related to the ongoing Mike Postle alleged-cheating scandal. The documents were filed by noted gaming attorney Maurice “Mac” VerStandig, who is representing 88 Plaintiffs in a three-prong battle against Postle, Stones Gambling Hall, and Justin Kuraitis.

The documents were a pair of opposition briefs in response to Motions to Dismiss filed by King’s Casino Management Corp, the parent company to Stones, and Kuraitis, their one-time employee.

Victimization of the Poker Community

That 33-page complaint was filed by Mark C. Mao of Boies Schiller Flexner LLP and claimed that the plaintiffs in the case failed "to state a claim upon which relief may be granted and failure to allege claims of fraud and misrepresentation with the required particularity."

“To whittle Plaintiffs’ argument down to a disparaging conclusion is not only offensive to Plaintiffs, but, too, to the very gaming community from which Stones draws its customer base.”

Put another way, Stones argued that the plaintiff's complaint did not and could not provide enough specifics to prove their case, that casinos cannot be sued for gambling losses, and that the casino does not have a duty to players.

“The crux of Stones’ Motion is that Plaintiffs’ Complaint and the allegations therein can be chalked up to the paradigmatic sob story of gamblers – sore losers claim they were cheated because they cannot accept the superiority of an adversary,” the Plaintiff’s opposition stated.

It continued: “To whittle Plaintiffs’ argument down to a disparaging conclusion is not only offensive to Plaintiffs, but, too, to the very gaming community from which Stones draws its customer base.”

The opposition then addresses the argument of not enough specifics by summarizing, at length, the allegations on how “Postle cheated, how Stones covered up for his cheating, how both Stones and Mr. Postle profited off his cheating, and why Stones is thusly liable for its own actionable conduct.”

“This is a case involving the victimization of the poker community in an unprecedented fashion and on an enormous scale.”

It’s through that history that clarity exists, or so VerStandig argues: “The public policy of California … has been to protect those who follow the law and to turn away those who do not.”

It continued: “The Plaintiffs in this case walked into a licensed, regulated, taxed gaming establishment, paid Stones money to deal and provide security for honest card games, and were swindled time and again.”

Overall, the opposition calls for a denial of Stones’ motion to dismiss stating, “This is a case involving the victimization of the poker community in an unprecedented fashion and on an enormous scale.”

Kuraitis, who headed up Stones Live Poker, had argued that the motion against him should be dismissed given he was not a higher-up at Stones and that he did not commit fraud.

In their response, the Plaintiffs state the motion should be dismissed for two reasons:

The motion also revealed that one of the Plaintiffs, Marc Goone, was dismissing his fraud claim against Kuraitis.

The court will now consider all the motions before determining how the legal battle, which is likely to be an extended affair, will proceed.