Where Are They Now: Dustin Woolf Back in Poker But Not as Player 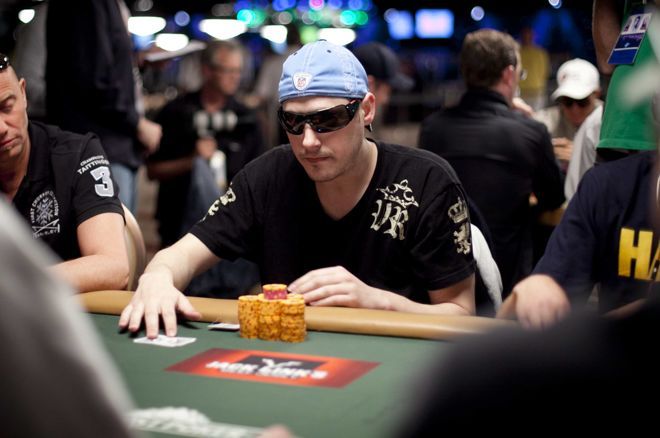 Few players have endured the poker roller coaster to the degree of Dustin "neverwin" Woolf.

He's won hundreds of thousands of dollars in a single night, suffered through a superuser scandal, busted monstrous rolls, played the biggest games and eventually walked away burnt out and ready to leave the game for good.

But, there's something to remember about roller coasters: they always bring you back to where you got on the ride. And while Woolf hasn't exactly come full circle poker, he is making a return to the game in a different capacity.

They might not be as glamorous as the $500/$1,000 no-limit hold'em pots that reached high six figures in the Full Tilt Poker glory days or on modern-day GGPoker, but the limit hold'em streets of yesteryear still offered the potential for huge profit.

And profit Woolf did. Playing $100/$200 — the highest stakes offered online back circa 2004 — he ran up a massive bankroll with a hyper-aggressive style that caught his opponents off-guard.

Sometime opponent Todd Witteles called him "one of the first players (if not the first) to win a million dollars online in a short period of time." Woolf now calls Witteles a friend, but they exchanged tens of thousands of dollars in grueling heads-up matches.

Woolf wasn't afraid to put that money back in play after he ran it up.

Even downswings could be erased seemingly effortlessly. Woolf says one of his greatest stories is the time he ran up a roll from $50 to six figures.

"I was on Ultimate Bet and I had just played a 36-hour session and lost somewhere close to $140,000 playing $300/$600 hold'em," he says. "I was searching all my online accounts for any money to keep on playing. My buddy of mine told me to go to bed and refused to transfer me any money.

"Literally falling asleep, I ended up finding $50 in my Full Tilt account. Refusing to go to bed, I jumped in $5/$10 heads up until I had the minimum buy-in for the next biggest stakes. I was playing $300/$600 within six hours and then I jumped in some PLO action. In 12 hours I was sitting with just over $450,000 in my account."

Read Up on the Latest High-Stakes Cash Action

"I Don't Think There Was Anyone Who Played Worse"

There wouldn't be much a story to this if Woolf just crushed the games until he had a comfortable nest egg and rode off quietly into the sunset. So, of course, there was another side to his ultra-aggressive approach to poker both in play style and bankroll management.

"I've always said, I was one of the best at reading other people's tendencies, betting patterns, clicking tells, and emotional state just by playing online and listening to them chat or just watching behavioral actions," he says. "My biggest nemesis at the tables was my own mind and discipline. If you talked to people who really knew me, or watched me over the years, I suspect that most would tell you this: when I was playing my A-game, especially heads-up limit holdem, I don't think there was anyone who could beat me. But when I was off my game, I don't think there was anyone who played worse than me.

"I literally gave away $100,000s by mashing the raise button for hours on every hand I was dealt online, and live. I would cold cap every hand blind for 24 hours straight. I have so many crazy maniac stories, we would be here for days if I told you them all."

Eventually, the unrepentant blasting took its toll. And it wasn't the only factor.

Woolf was among the players who sued UB alleging that a chunk of $20 million in cheat-aided winnings came from his account. He held real estate at the time of the 2008 market crash that lost heaps of value. He says he also had personal difficulties, including an encounter with a pitbull that resulted in serious physical harm.

By the time Black Friday hit, Woolf says he was "banged up mentally, physically and financially." Once up an estimated $4-$5 million, a burned out and battered Woolf walked away, something he calls not even a decision by that point.

Crypto and then Back to Poker

Woolf became acquainted with Bryan Micon during his star run and the two created NeverwinPoker together, a site that was eventually sold to PokerNews.

That association bore fruit for Woolf when Micon became an early adopter of cryptocurrency. Woolf tailed his friend and bought a pile of bitcoin at $70, according to his Facebook, which would have corresponded to its early 2013 value.

His newfound interest swelled in value and Woolf took things a step further, starting a bitcoin escrow company that he says did over 10,000 transactions and acquired more than $10 million worth of the cryptocurrency.

While that venture found success, 2018 brought another downturn with the massive market crash as bitcoin went from $20,000 in value to around $3,000 before the year ended. That alone would have been bad enough for Woolf's finances, but he also had a hand in launching a cryptocurrency hedge fund that would up getting rolling at the market's peak.

"Needless to say, couldn't have been worse timing," he says now.

It's clear he still believes in crypto.

"Time to build a decentralized world that’s completely automated and strives to destroy corruption and end the reign of the banks," his Facebook still says.

But the financial downturn has resulted in a return to his previous love. Only this time, he'll no longer be sitting at the felt risking hundreds of thousands of dollars.

Instead, he'll be wearing a suit. Partnering with 2007 WPT champ and Turks and Caicos native Rhynie Campbell, Woolf will head down to the island destination and open a poker room, where Woolf will "run the show."

Perhaps it's time for a stable income and the occasional jaunt to the beach. Woolf says he has "zero regrets" about his poker career, and whatever the next chapter holds, it seems certain to bring less stress after a lifetime of swings.