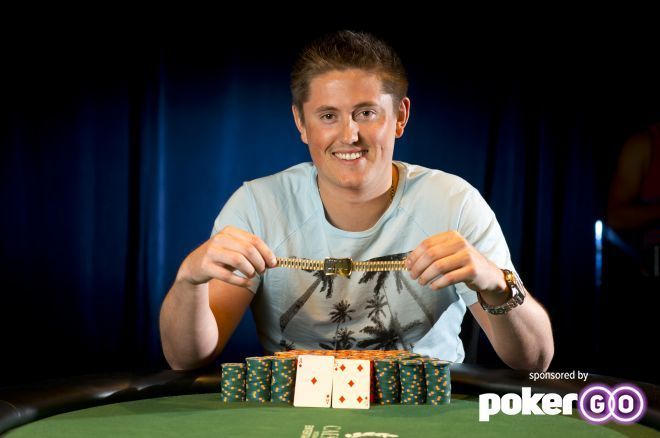 The final table was full of action right off the hop with Paur eliminating Brian "Penny6" Mancilla in ninth place for $11,209.77. They got all the chips in preflop, and Paur had the better end of a pair over pair situation. The board ran out trips by the river, giving each player a full house but Paur having the bigger one.

It wasn't too much longer after Mancilla was eliminated that the next victim fell. Timothy "TruthBeTold7" Rutherford was disposed of in eighth place when he was short stack and ended up calling all-in preflop with ten-high. He couldn't get there against Joseph "Obamacare" Hanrahan's pocket jacks, despite flopping top pair. He took home $14,555.97 for his efforts.

Only about ten minutes after eliminating Rutherford, Joseph "Obamacare" Hanrahan three-bet all-in against Jason "JadedJason" James and ran into bad news when he got snap-called by pocket kings. Hanrahan had an overcard, but the board brought no help for him; sending him to the virtual rail with $19,240.65 for his seventh-place finish.

It took a little longer for David "SobBaget" Liebman to be eliminated. Eventually, Liebman couldn't win a flip when he three-bet shoved and got called by soon to be runner-up Evard. Liebman had two over-cards but didn't pick up any additional equity on the flop or turn, and he bricked the river. Liebman finished in sixth place for $25,598.43.

The battle five-handed was hard with nobody going out for about thirty minutes. Jason "JadedJason" James eventually found himself all-in with top pair against Evard. He was ahead but got unlucky when the river brought Evard's flush, sending James home with fifth place prize-money worth $34,549.

Satish "jfksbh" Surapaneni was short-stacked to start the three-handed match up. He grinded it out for quite a while, and it looked like he was going to make a comeback but ultimately couldn't win the flip against Paur. Surapaneni flopped a gutshot but was drawing dead on the turn when Paur made a full house. Surapaneni was sent packing in third place for $65,250.90.

The heads up portion of the match was quite a battle, going on for about 45 minutes with the chip lead going back and forth. Evard started the match as an underdog being out-chipped more than 2-to-1 but kept fighting. He even had Paur down to seven million in chips at one point, only to double him up to bring the bracelet winner back in contention.

The final demise for Evard was when he shoved ace-eight and got called by Paur with a pair of deuces. Evard picked up a straight draw on the turn but couldn't get there on the river and was eliminated in second place for $91,267.60.

With that, the last WSOP.com online bracelet event of the summer wrapped up. For a full report on the event, check the WSOP Live Updates blog. There are more bracelets to be rewarded, though, so follow the action in the 2019 WSOP Live Reporting blog.

Want to watch some WSOP poker live? Sign up for PokerGO!